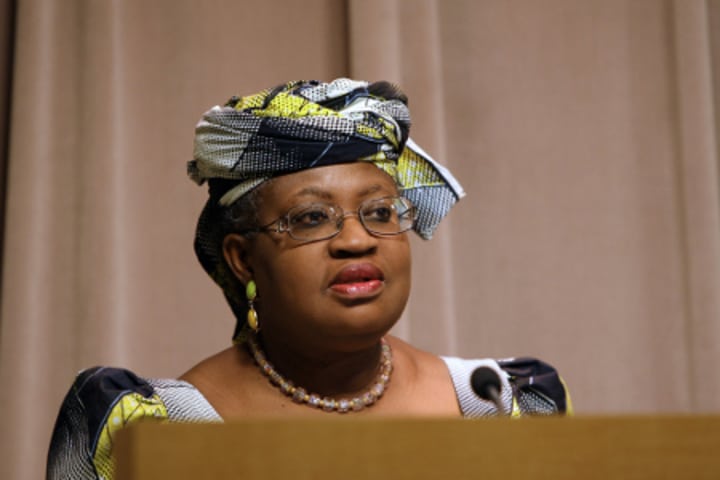 In an interview with the Newsmen in Nsukka on Saturday, Onah described Okonjo-Iweala as a “good ambassador for women in the African continent”.

NAN reports that Okonjo-Iweala will assume her post at the WHO on March 1, 2021.

“Her good records at the World Bank, as Minister of Finance in Nigeria and other positions she held will continue to speak for her.

“I was not surprised when she was overwhelmingly voted for by majority of the countries as the WHO DG.

“I urge women to see Okonjo-Iweala as a role model if they want to succeed because of her excellent performances both in local and international positions she held,” she said.

She said Okonjo-Iweala, being the first African to occupy the exalted seat of WTO DG, had brought honour to Africa, Nigeria.

“Africans should give her the necessary encouragement and support that will enable her succeed in her mission at the WTO.

“I have no doubt that the tenure of Okonjo-Iweala at the WTO will reposition the organisation as well as take it to a greater height,” she said.

Onah, who was a former Chairman of Nsukka Local Government, said Okonjo-Iweala had shown that, if more women were given opportunity in Africa they could achieve what men had failed to achieve.

“If women are allowed to be president in at least ten countries of Africa, including Nigeria, within a record time, the problem of poor infrastructure, poverty and unemployment will become a thing of the past.

“Okonjo-Iweala, being the first African and a women to become DG of WTO, has confirmed the saying that ‘what a man can do, a woman can do better’.

“Women in Africa are pleased with Okonjo-Iweala’s performance because she has continued to do women in the continent proud,” she said.