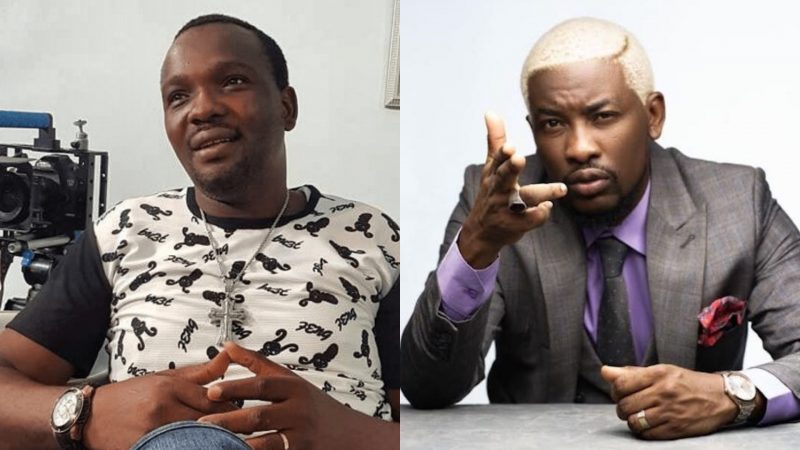 ‘Oko Iyabo’ which was released on YouTube on July 4, 2021, features characters with names of individuals involved in the case including actors Iyabo Ojo, Olarenwaju Omiyinka aka Baba Ijesha.

Reacting to the movie, Do2tun called Yomi Fabiyi a ‘shameless idiot’ and said what he is doing is ‘the premium class of clout chasing.’

“This Yomi Fabiyi is a shameless idiot. This is the premium class of clout-chasing”

“You can’t ever be this inhumane to prove a point that clearly stinks. You degraded a child to make a movie. Such a mess.”

“If TAMPAN lets him release that movie then they are equally as irresponsible”, he said. 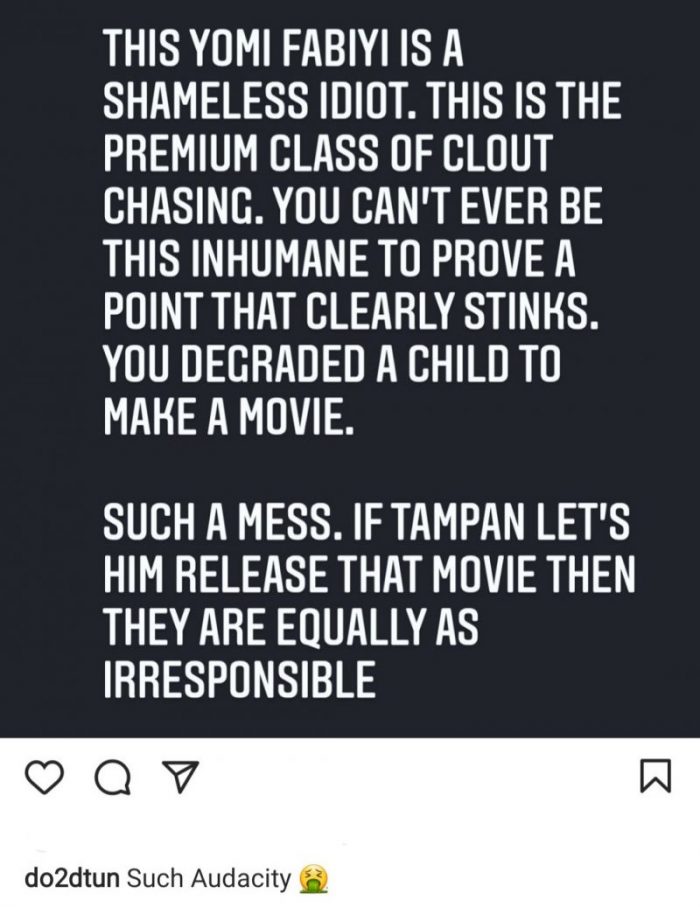 In the same vein, Nollywood actresses, Iyabo Ojo, Mercy Aigbe, Tonto Dikeh also slammed him for producing such a movie, how much more releasing it.

Related Topics:Do2tunInstagramYomi Fabiyi
Up Next