A popular song by Lukas Graham says when you love someone you make room and trust me when I say fans of celebrities are definitely in that mood as they have unapologetically made room for their favourite celebrities on various parts of their body.

One of those celebrities who was recently tattooed on the hand of a fan was Nollywood actress, Nkechi Blessing.

Upon seeing this tattoo rather than appreciate the fan, Nkechi blasted the fan saying that she was completely on her own and would get nothing from her.

Recall that this trend started with Nigerian crossdresser, Bobrisky. The male barbie who was overwhelmed by the love bestowed upon him by his fans gifted them in cash or kind.

Recently Bobrisky took to social media to lambaste Nkechi Blessing for berating a fan who tattooed her name on her hand, calling her ‘broke.’

Actress Nkechi Blessing Sunday has now made a u-turn and apologized to the follower who she called out for tattooing her name on her arm.

The follower named Oyinda had tattooed “NBS to the world” on her arm, which is a combination of Nkechi Blessing Sunday’s initials and a quote she’s known to use.

Nkechi Blessing has now reached out to the woman privately to apologize. She also apologized publicly.

Her apology comes after some celebrities blasted those who treated their fans who got tattoos of them with disrespect. 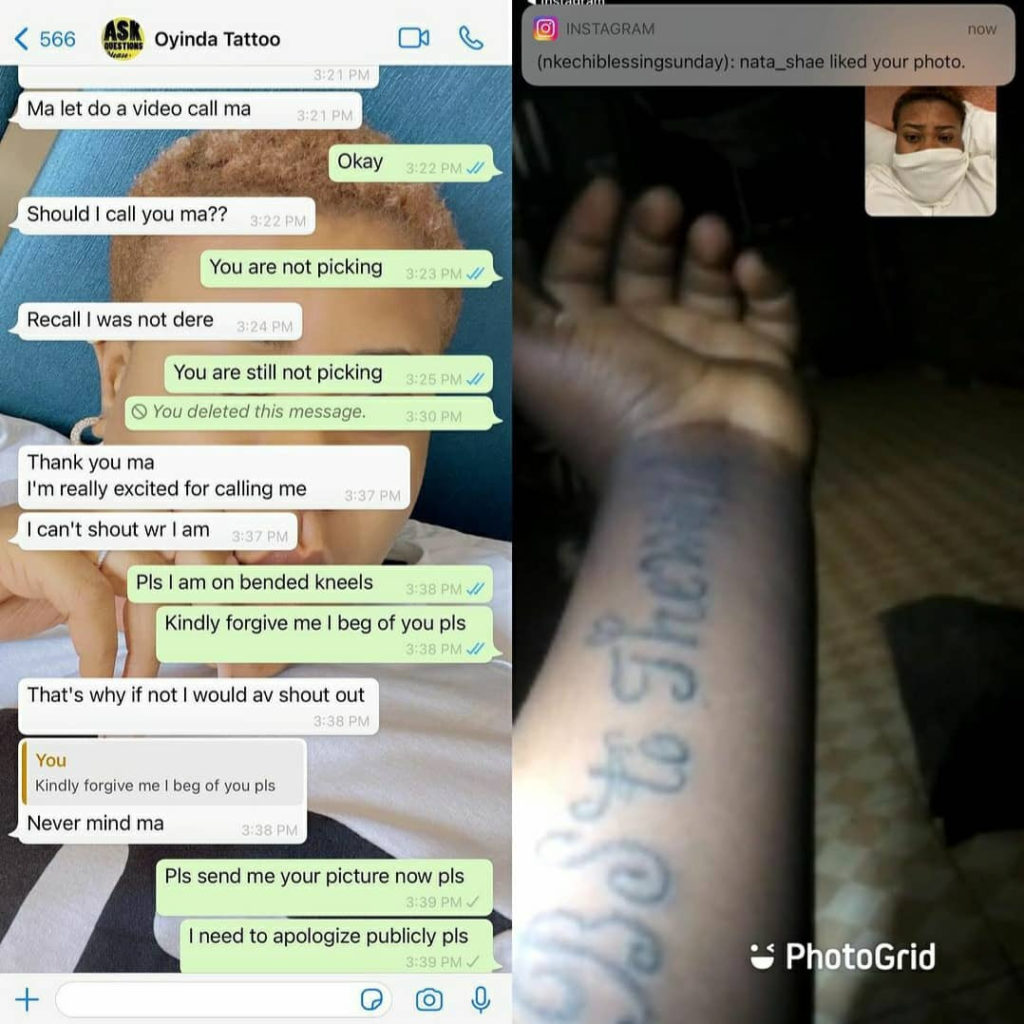 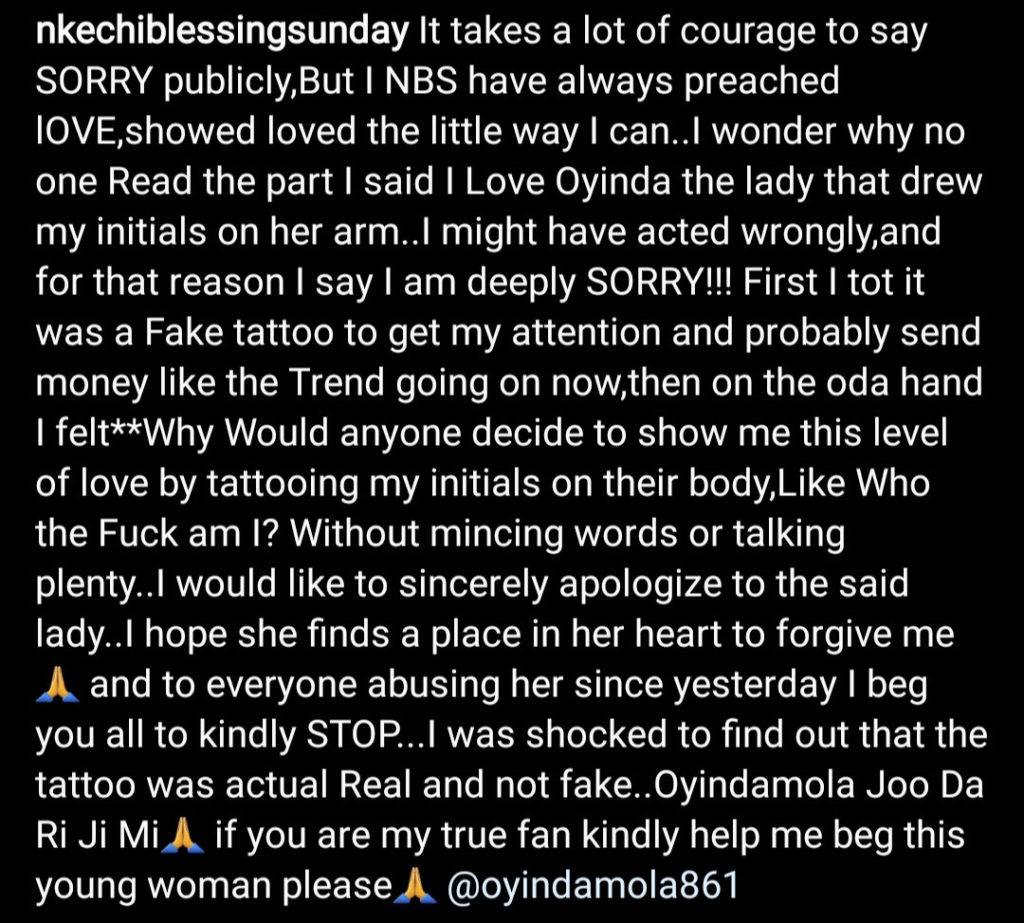