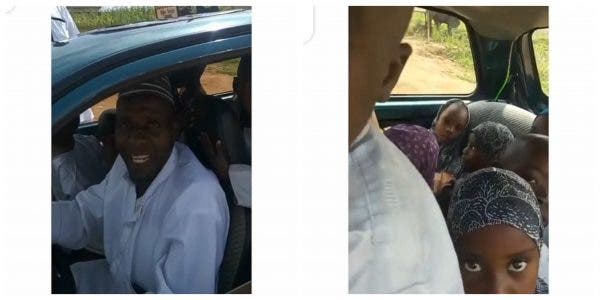 A video of a Nigerian man with four wives and 32 children has surfaced on the internet.

The man who appears to be from the Northern part of the country, in a short interview on his way to celebrate the Sallah day with his children revealed that he has 16 male and 16 female children, some of which already have their own kids too.

He even stated that he has little babies that are still sucking their moms.

The man appears to be proud of his achievements and he sounds like one who is not ready to put a stop to fathering more children.

Recall that in April 2020, during the lockdown, an Angolan man known as Pai Grande, or Big Dad, drew a crowd of at least 1,000 people – including most, if not all, of his 156 surviving children and 250 grandchildren – to  pay their respects, after his demise.

Mourners for Francisco Tchikuteny Sabalo embraced, wept, sang and stood shoulder to shoulder, despite calls for social distancing and a presidential ban on gatherings of 50 people or more during the COVID-19 pandemic.

According to his family, Tchikuteny had fathered 281 children, but 125 predeceased him.  He is survived by his wives, children, grandchildren and 67 great-grandchildren.