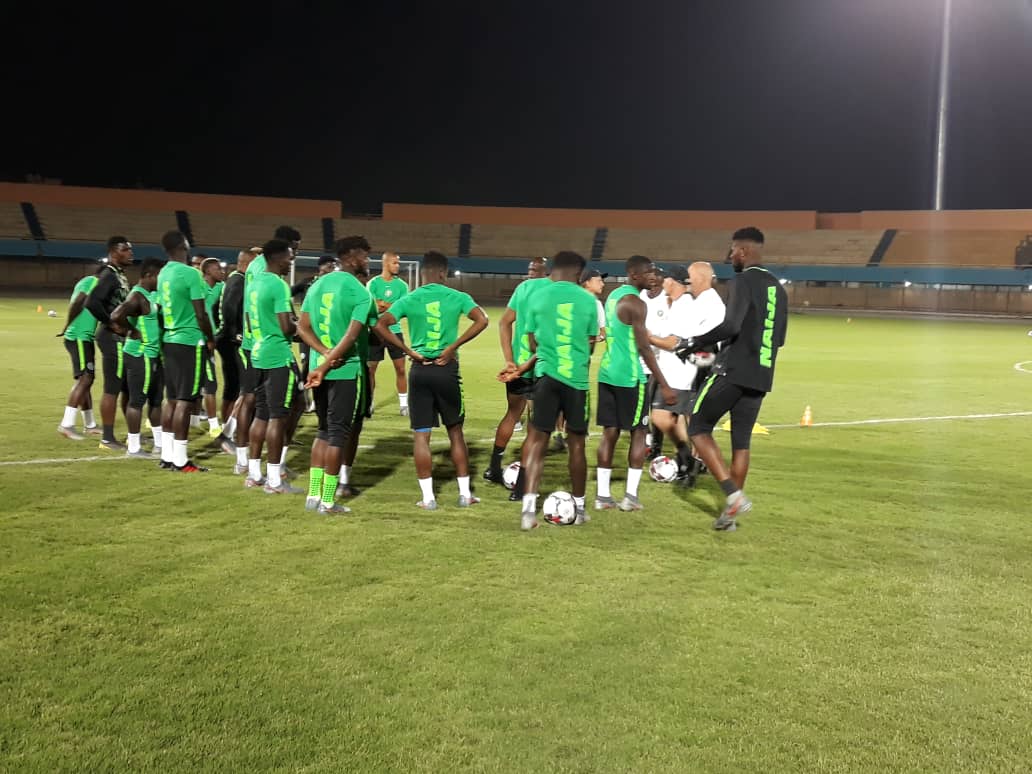 The topsy-turvy football rivalry between Nigeria and Algeria which stretches a long time back is always a classic.

It can simply be seen as a battle for supremacy between two of Africa’s football giants.

Three-time African champions Nigeria will file out against the in-form Desert Foxes of Algeria in a friendly.

The match will hold at the Jacques Lemans Arena in Austria on Friday.

It is the first gathering of the Super Eagles this year, with the coronavirus pandemic shutting down football globally since the month of March.

This was just before a quick-fire double Africa Cup of Nations (AFCON) qualifying series with Sierra Leone, which will now hold in November.

Prior to the COVID-19 lockdown, the Super Eagles had won their last three games out of five played between Sept. 22 and Nov. 19 in 2019.

Nigeria also recorded an impressive 1-1 draw against Brazil in an international friendly match but lost 4-1 away to Togo also in the AFCON qualifiers.

The clash in Austria will be the fourth time coach Djamel Belmadi’s men will lock horns with the Super Eagles in the space of three years.

However, it was the Desert Foxes who had the upper hand in their last encounter.

Both teams were in the same qualifying pool for the 2018 FIFA World Cup, with the Eagles trouncing the Fennecs 3-1 in Uyo before a 1-1 draw in Constantine.

The draw mattered little as Nigeria had already booked a ticket to Russia before that final-day encounter.

The two teams were again at each other’s jugular in the semi-finals of last year’s AFCON in Egypt.

The Fennecs edged it 2-1 from a free-kick just outside the box at the death, and then went on to defeat Senegal in the final to clinch their second continental title.

Encounters between both African football giants have always been entertaining and unpredictable, since the first time they met in 1973 at the then All-Africa Games in Lagos.

The duel ended 2-2, but there have been 18 matches between both sides since then.

It is pertinent to note that both teams qualified for the World Cup for the first time at the expense of each other.

Algeria qualified for her first-ever World Cup appearance at Spain ‘82 by beating Nigeria in the final rounds.

Nigeria returned the favour in 1993 on a cold windy night in Constantine to pick a ticket for USA ‘94.

Ten years later, it was pay-back time as Algeria defeated Nigeria 1-0 to win her first Africa Cup of Nations title in 1990 on home soil too.

In total, 19 matches have been played between the two teams over the years with Nigeria slightly edging out Algeria on a number of wins.

The Eagles have won nine games, drawn three and lost seven of those.

The Super Eagles, now ranked 29th in the world and third in Africa, will engage the Desert Foxes, who are 35th and fourth in Africa in the rankings.

Also, Algeria look to build on their last victory and further close the gap between both countries.

Coach Gernot Rohr will have to do without three of his initial invitees, with Turkey-based midfielder Oghenekaro Etebo suffering a knock on Sunday.

It followed an earlier injury to Wilfred Ndidi and the permission granted Italy-based forward Victor Osimhen to sit out the matches.

Genk of Belgium’s Paul Onuachu was handed a late call-up and will replace Osimhen.

Tyronne Ebuehi who joined Dutch club FC Twente on loan from Benfica of Portugal takes the place of Ndidi in the squad.

Apart from these, the regular players are all available for the clash.

However, players like Odion Ighalo who has retired and goalkeeper Daniel Akpeyi who was faulted for the stunning Mahrez winner were not included in the list.

This is because Rohr is looking to improve the squad’s depth.

Tijani who recently signed for Red Bull Salzburg has been loaned out to Austrian side TSV Hartberg, while Lawal also plays in Austria with Linz.

Algeria on their part are likely to face the Super Eagles without six key players.

Youcef Atal and his Nice teammate Hicham Boudaoui are injured and both players have been ruled out of the clash.

Coach Belmadi will also be without the Saudi Arabia-based duo of Djamel Benlamiri and Youcef Belaili, who were part of the squad which won the AFCON in 2019.

Also, Adam Ounas and Islam Slimani are yet to taste action this season and are unlikely to feature in the friendly.

The 24-man squad features 18 players who won the 2019 AFCON in Egypt, and these include Riyad Mahrez, Ishmael Bennacer, Yacine Brahimi and Sofiane Feghouli.

Both coaches will see the game as an opportunity to keep their players in top shape ahead of their November AFCON 2021 double-header qualification ties against Sierra Leone and Zimbabwe respectively.