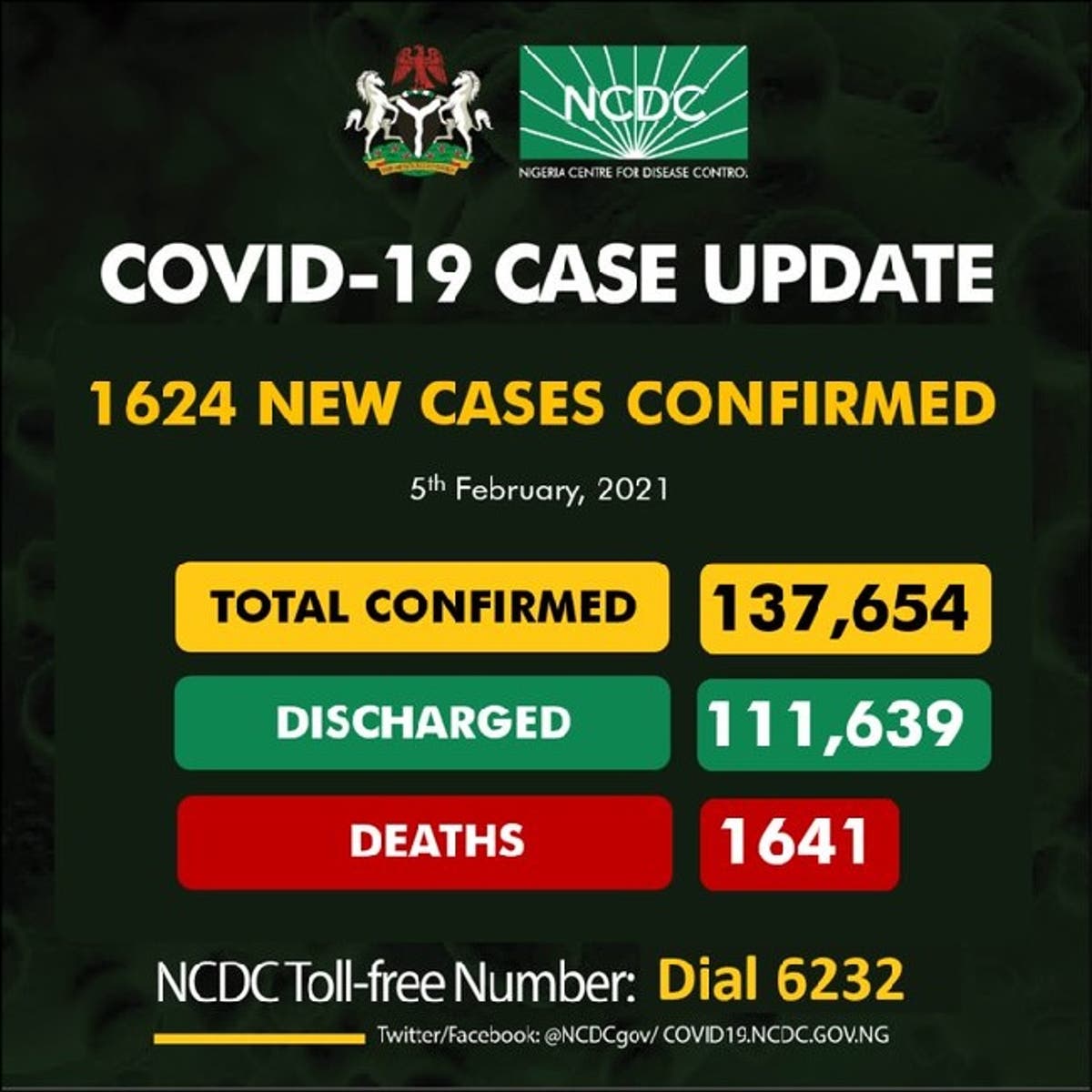 The Nigeria Centre for Disease Control (NCDC) has recorded 1,624 new cases of COVID-19, bringing the total number of infections in the country to 137,754.

The NCDC made this known via its official Twitter handle on Friday.

The health agency also confirmed additional nine Coronavirus-related deaths in the last 24 hours, bringing the death toll to 1,641 in the country.

The NCDC said that the new infections were recorded in 22 states and the Federal Capital Territory (FCT).

The NCDC also disclosed that over 1,190 people were successfully treated, recovered from the disease and discharged on Friday, raising the total number of recoveries to 111,639 in the last 24 hours in the country.

The health agency added that those discharged on Friday included 831 community recoveries in Lagos State and 85 in Kaduna State, managed in line with its guidelines.