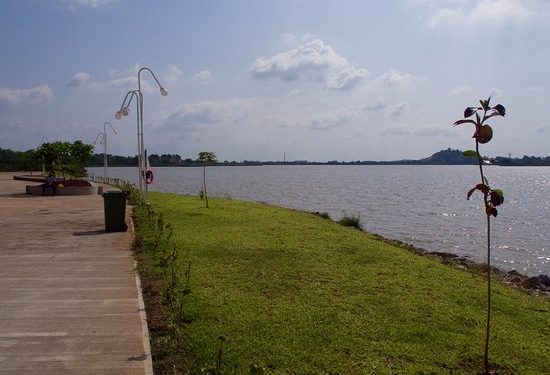 The Society for Planet and Prosperity, (SPP) a Non-Governmental Organisation, (NGO) on Saturday began a cleanup at Jabi Lake fishing area in the Federal Capital Territory, (FCT).

The Executive Director of the organisation, Oghenemere Orugbo, who supervised the exercise said that the aim was to create awareness on the dangers of living in filthy environment.

Orugbo said that the operation was determined to rid the environment of heaps of refuse.

He said the organisation wanted to ensure that people living in the area were free from contracting diseases, mosquito bite and other reptiles.

“It will also help to develop the community.

“The Jabi lake cleanup which became imperative is occasioned by the unacceptable amount of waste, mostly plastic waste carelessly dumped into the lake.

“The waste are dropped by fun seekers and residents around the only lake situated within Abuja metropolis.

“The cleanup, is basically the physical removal of plastic and other waste materials collected in cellophane bags, and for proper disposal.

“Participants were drawn from a pool of volunteers, members and trustees of the organisation, as well as our well-wishers,’’ Orugbo explained.

He said that the organisation decided to choose Jabi lake for the cleanup because it was the only lake in Abuja metropolis and the most popular location for fun seekers in the FCT.

Orugbo said the organisation was also planning to conduct a survey and documentary on air pollution by quarries within the FCT.

He added that the SPP would educate people on the dangers of tree cutting and several other climate change education and awareness campaigns for selected schools in the country.

The executive director advised the government to collaborate with other relevant stakeholders for effective protection of environment in the country.

Ahanotu assured the community of the organisation`s full support and good working relationship to achieve a healthy and cleaner environment.

Also, Alhaji Abdullahi Mohammed, Secretary to Fishermen Community, who spoke on behalf of the community, thanked the organisation for its good gesture, adding that the effort had encouraged the residents to do what was right.

Mohammed appealed to the government and other relevant stakeholders to support the NGO by providing sanitary facilities and other necessary items needed to ensure that the environment remained clean.

He said that the effort would help to protect the residents from contracting diseases and bring about development in the area.