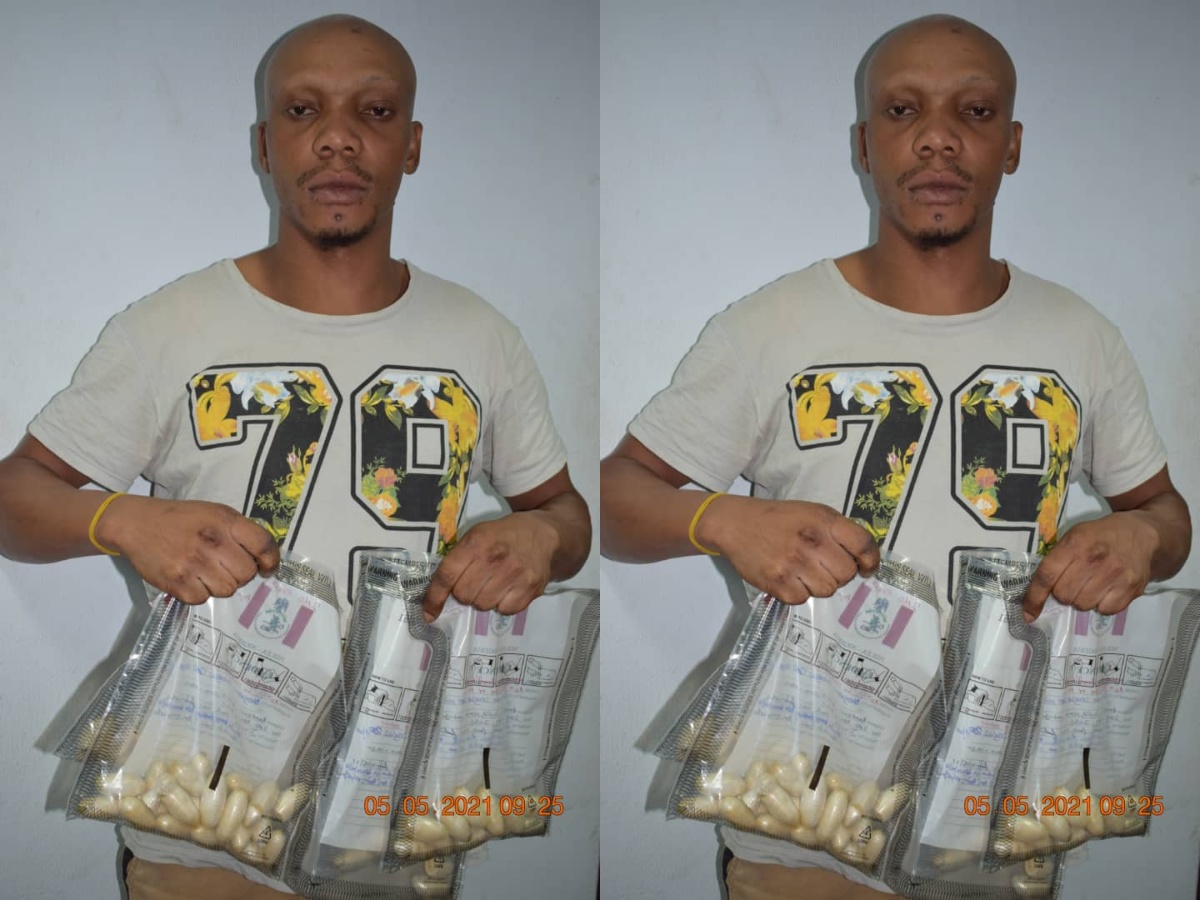 The National Drug Law Enforcement Agency has apprehended a 23-year-old Nigerian for being in possession of 59 wraps of heroin weighing 781.2 grammes.

This was contained in a statement signed by NDLEA Director of Media and Advocacy, Femi Babafemi and made available to WUZUPNIGERIA on Friday.

Babafemi said the suspected drug trafficker, Okoguale Douglas, excreted the substance after he was arrested at the Nnamdi Azikiwe International Airport, Abuja.

According to him, Douglas was trying to board a flight headed to Milan, Italy before he was arrested by NDLEA operatives “during an outward clearance of Ethiopian airline flight number 910 at the boarding gate of the airport enroute Abuja-Addis Ababa- Milan (Italy).”

Douglas, who hails from Uromi in Esan North-East Local Government area of Edo state, was scanned in the process and the results returned positive for ingestion of the banned substance.

Upon interrogation, the Italy-based restaurant attendant disclosed that he earns over half a million naira on monthly basis but ran out of cash during his visit to Nigeria and sought help from a friend who promised to pay him almost N1m to deliver the package to Italy.

The statement said: “Under interrogation, he claimed he has been residing in Italy since 2011 after entering the country via Libya with one of his uncles. He said he works as a restaurant attendant in Italy where he earns 900 Euro per month and also works as a painter on his free days and gets about 400 Euro upon completion of any work. He also confessed he was promised 2000 Euro if he successfully delivers the drug to Milan, Italy.”

Babafemi added that Douglas said “he came to Nigeria on April 4, 2021 for the burial of his late father in Esan, Edo state and after spending so much during the burial, he ran out of money, a situation that made him to ask for financial support from one of his Nigerian friends resident in Italy.

“He further claimed that his friend then told him he would send him money on the ground that he will collect a consignment for him from one other friend of his in Nigeria. To facilitate that, he promised to send him a number to call.

“He said contrary to the initial arrangement, he claimed he was called by a man on Thursday, April 29, 2021, and asked him to come down to Abuja where he was picked by two other unknown men from Utako area and lodged in a hotel which he claimed he doesn’t know the address.

“The suspect also claimed that the two men brought the wrapped drug to him in a hotel on Friday night after which he swallowed the 59 pellets early on Saturday, May 1st, 2021 and was promised 2000 Euro on successful delivery to Milan, Italy.”