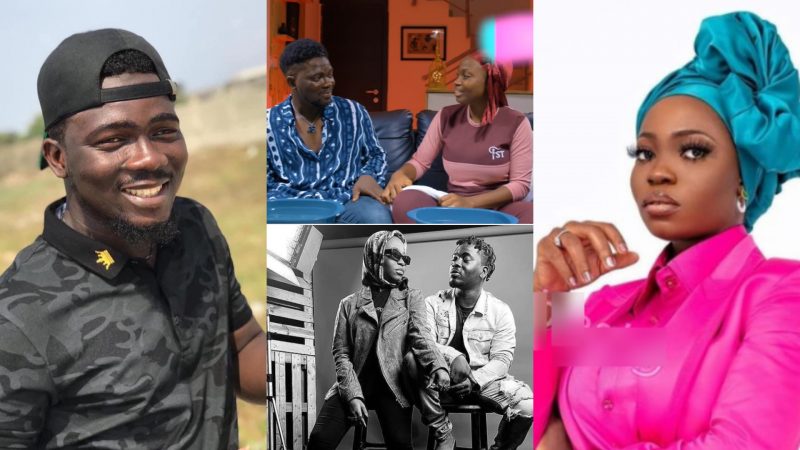 Popular short filmmaker, Abdul Aziz Oladimeji aka Abula has disclosed that being in the same line of business with his fiancee, Maryam Apaokagi aka Taaoma, has laid a strong foundation for them in their relationship.

Abula who proposed to the popular Instagram comedian in Namibia in October 2020, told Saturday Beats that he proposed to Taaoma because he was convinced that he had found his missing rib.

“I proposed to Taaooma because I felt it was time to ask her to be my wife. I met her during my national youth service in Kwara State. She was still in school then. I do not date for fun.”

“I am a Muslim and it is not proper to say one is dating just for fun. I have had relationships in the past but never called them off, rather, it was the ladies that broke up the relationships”.

“When I fell in love with Taaooma, I felt I had found my wife. I waited for four years because she is young and I needed to make sure she had achieved everything I had also achieved academically.”

In a recent interview with the NATION, Abula, who also doubles as a music video director, disclosed that they have been able to manage both work and relationship well because they speak the ‘same language’.

“Luckily for the both of us, we’re in the same line of business, entertainment. The fact that we both know the sacrifices and constraints so well has helped us flourish in our relationship,” he said.

Abula is the son of a journalist and started his video directing career at the age of 18.

He owns The Greenade Company, a production, and talent management company, and has shot music videos for Nigerian music stars that include Olamide, 2baba, Falz, Adekunle Gold, and Simi among others.

My manager convinced me not to move to Ghana – Ed Sheeran