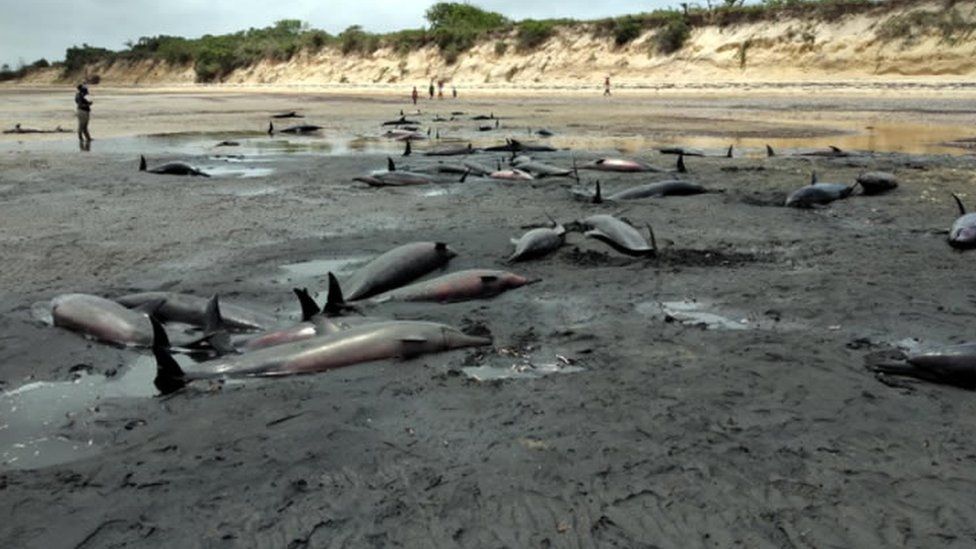 The authorities in Mozambique are investigating the death of more than 100 dolphins on an island south of the country.

The 111 spinner dolphins were found dead on the coast of the island of Bazaruto in the province of Inhambane. The cause is unknown, the country’s environment ministry said.

On Sunday, 32 stranded dolphins were discovered. Park rangers were able to rescue seven dolphins by pushing them back into the sea.

But while they were trying to figure out what happened, another 86 dead spinner dolphins were found on Tuesday morning.

All the dolphins are of the same species, Stenella Longirostris.

“They most likely beached during the night,” the park’s Facebook post said. “So far, a total of 111 dolphins have died. We are continuing to take samples.”

The park thinks that tidal fluctuations, algae blooms, or magnetic or geological disturbances could be the reason why the animals died.

Members of the park will monitor the area in the coming days to prevent more stranding. The protected waters of the national park are home to dolphins, whales and dugongs.

Proposal Made Simple! Lady shares unique way her husband proposed to her