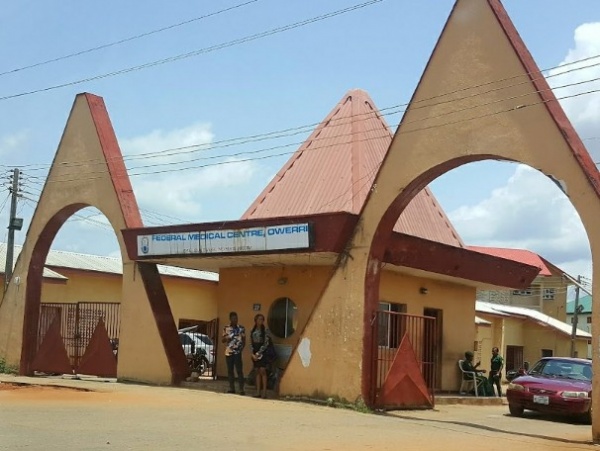 A middle-aged woman identified as Chidimma Ndubuisi, on Wednesday, escaped from the facility of Federal Medical Centre, Owerri and allegedly jumped into the popular Nworie River.

Despite frantic efforts put in by a rescue team, the victim was said to have disappeared without a trace.

Ndubuisi, whom sources suspected to be the wife of an Imo police officer, was brought into the facility for urgent medical attention.

An eyewitness said that the woman cut the image of a mentally unstable patient when she was brought in with both legs tied.

“This thing happened at about 06:45 pm. When a police officer brought his wife to the Federal Medical Centre, FMC, Owerri, may be the wife has mental challenges because her legs were tied.

“The next thing we saw was a woman running towards the Nworie River, at the back of the Federal Medical Centre, Owerri, and from there nobody saw her again. Some people said she jumped into the river while others said that she was hiding somewhere inside the bush around the Nworie River,” the eyewitness said.