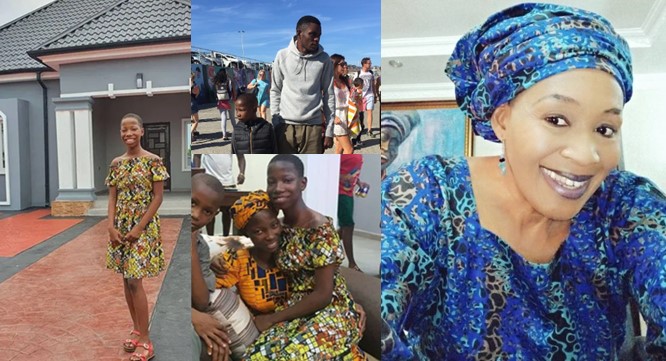 Nigerian journalist and social critic, Kemi Olunloyo has reacted to reports of 10-year-old comedienne, Emmanuella gifting her mother a house.

According to Kemi Olunloyo, Mark Angel who introduced Emmanuella to comedy through his skits needs to tell the media the exact source of the little comedy star’s income.

Recall that Emmanuella had earlier taken to her Instagram to reveal that she built her mother a house to thank her for all her prayers, all her encouragements and support.

Reacting to the news, Olunloyo said Mark Angel would need to reveal the source of Emmanuella’s income while implying that the house could have been built by Mark Angel but presented to Emmanuella’s mother under the little comedienne’s name for PR purposes.

“EMMANUELLA: Public Relations Mgt is my 2nd degree. In PR when a 10yo comedian builds a house that achievement needs to be elaborated in a professional way. Mark Angel should tell media the EXACT source of her income used to build that house to inspire other young kids #Kemitalks

“Don’t just post all over the internet about a house that could have been built by her uncle Mark Angel for her mother and Emmanuella’s name used to upgrade her brand for more fans, followers and recognition. Nigerian mainstream newspapers don’t ask questions.
#Kemitalks

“Other young comedians and enterprising kids should know how they can make that money too. In Hollywood kids salaries are public information. Inspire other kids. The problem in Nigeria is everyone wants to show off their earnings without letting other know how to do the same,” she wrote.

I don’t want to have children, marry – Monalisa Stephen