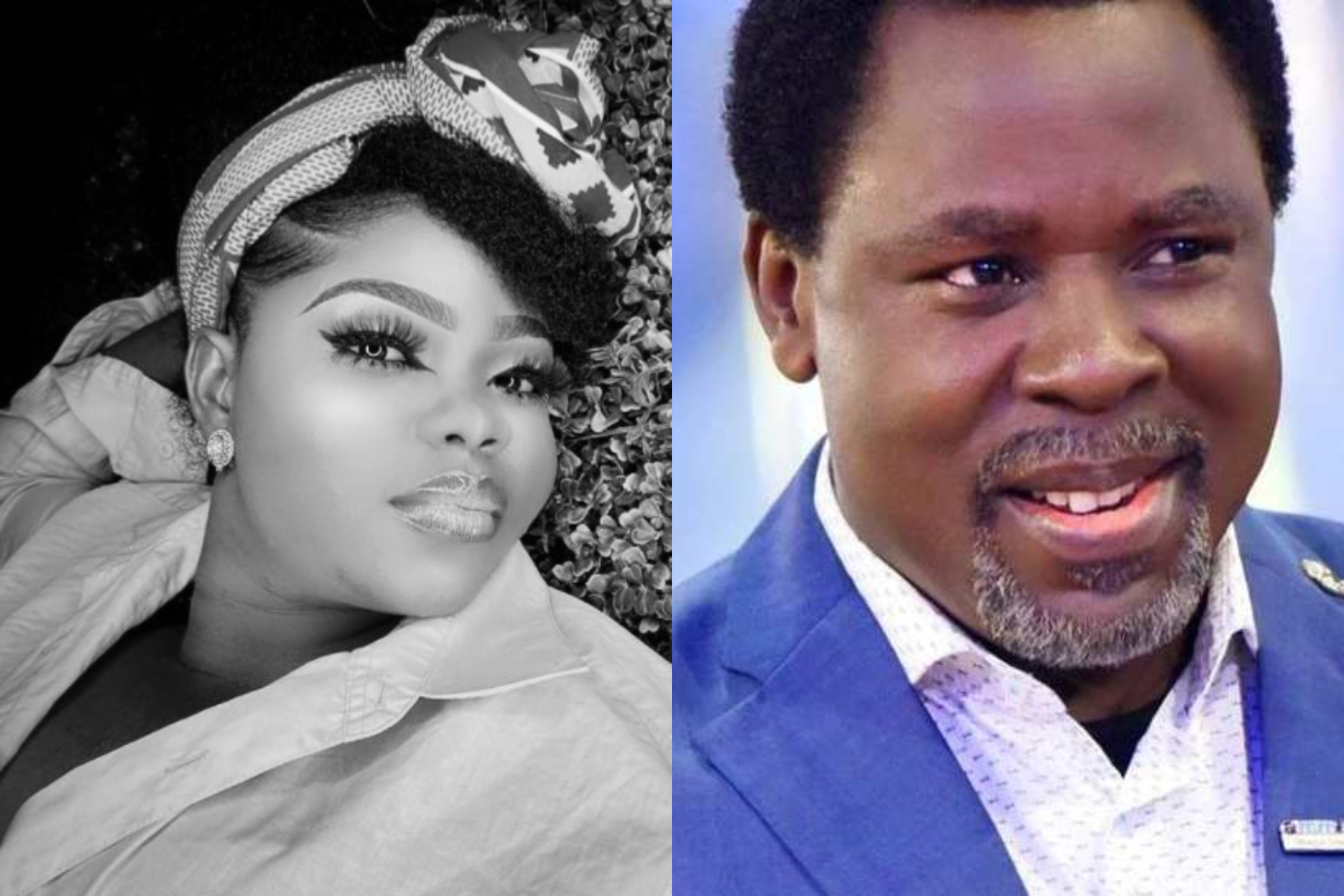 As the nation continues to mourn the sudden demise of popular televangelist, Temitope Balogun Joshua, Nollywood actress and social media influencer, Choice Edobor, has described many of the sympathisers as hypocrites.

Edobor, who made the statement through her Instagram page on Monday, stated that most of the people mourning him today had, at one point or the other, criticised the preacher either through newspaper reports or social media.

According to the model, the man of God faced heavy criticism from people trying to water down his evangelical ministry.

She wrote;
“Stop the hypocrisy Just stop
You are happy he died ?? Show it…
Arrgghhhhhhhhhhhhh
Shuuuuu abi una no sell CD plates and tapes?? Abi una no call am fake pastor ??? Watin come be all those plenty plenty sweet RIP messages???
This should show you that in whatever you do, people will always judge you… Be it Good or bad.
Live your life the way it will please you and your maker…
In the End, live well cos no one really gives a f*ck…”. 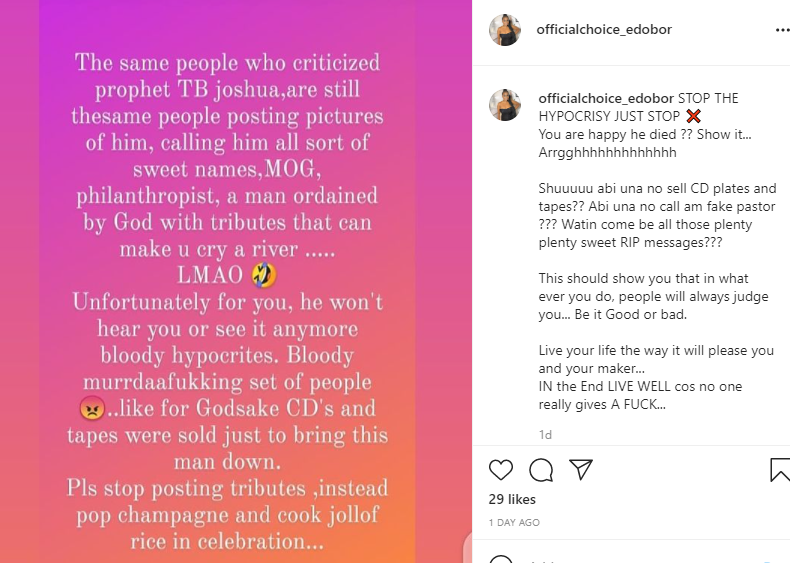