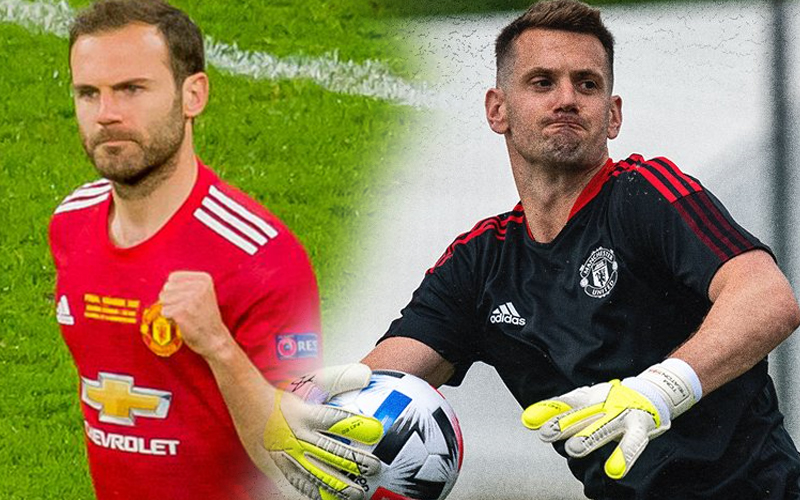 Manchester United have announced that Spanish midfielder, Juan Mata, has agreed on a one-year contract extension, keeping him at Old Trafford until June 2022.

The 33-year-old completed a transfer from Premier League rivals Chelsea in January 2014 and has since made 273 appearances as a Red, scoring 51 goals in the process.

Mata was limited to 18 appearances in the 2020/21 season, partly due to personal circumstances, however, the club noted that his “contribution remained and he was notably one of six Reds to win our Player of the Month awards, alongside Edinson Cavani, Bruno Fernandes, Paul Pogba, Marcus Rashford and Luke Shaw.”

With a new one-year contract agreed and pre-season training about to start at Carrington, Juan is raring to go in what will be his ninth campaign at United.

Meanwhile, England international goalkeeper, Tom Heaton has returned to his boyhood club after agreeing a contract until June 2023, with the option for a further year.

The 35-year-old spent 13 years at the club as a youngster before permanent spells with Cardiff City, Bristol City, Burnley and Aston Villa where he recently ran out of contract before moving back to Old Trafford on a free transfer.

Tom Heaton said: “For me to have the opportunity to come back after spending 13 great years here as a kid, it’s an incredible feeling and I’m really, really excited to get started.

“I’m just seeing it as a fantastic opportunity as I still feel I’ve got an awful lot to give and I’ve got the bit between my teeth.