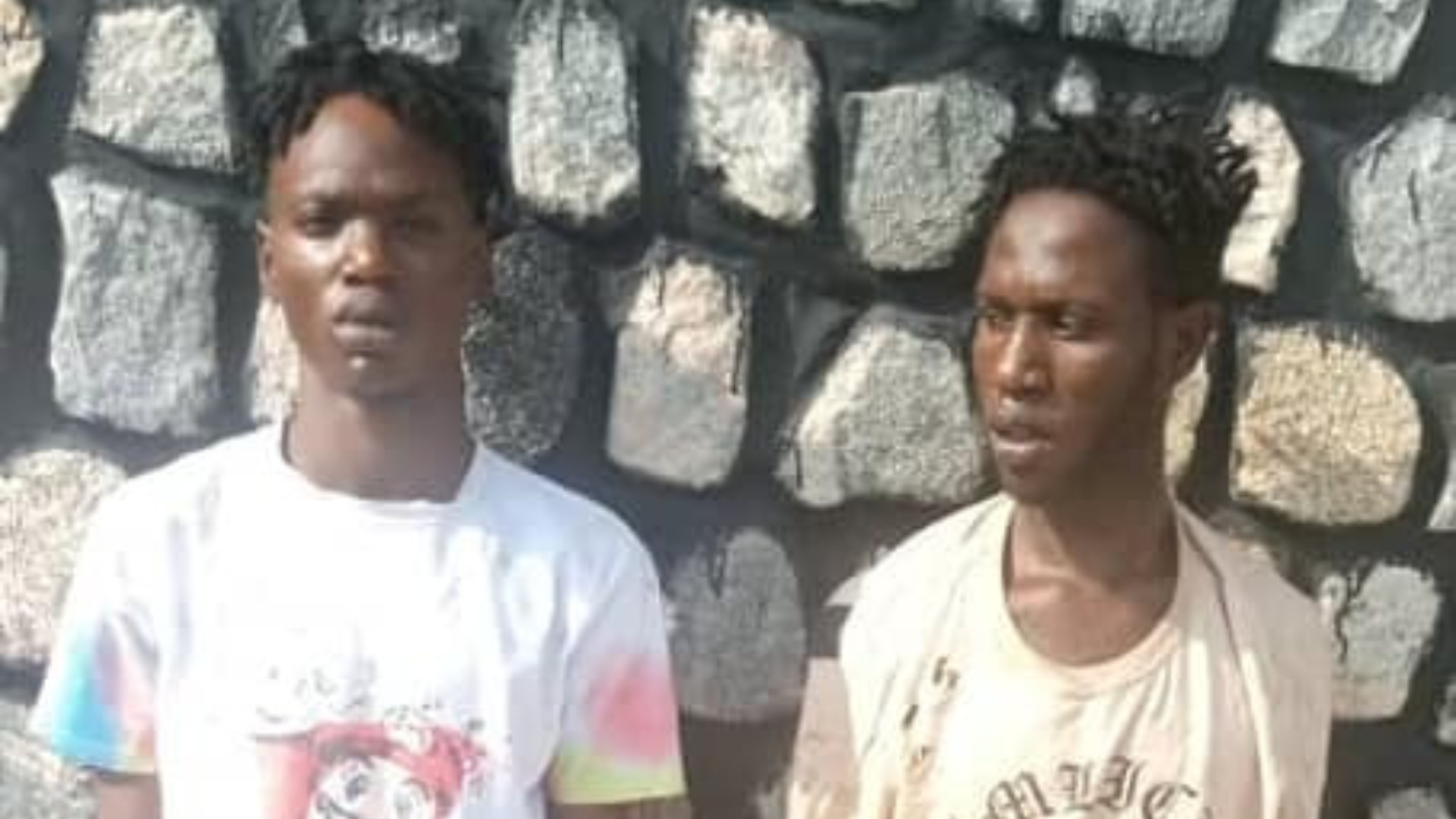 The Delta State Police Command has arrested two men for allegedly beating a man to death over an allegation that he stole their phone and the sum of N3000.

This was disclosed in a statement by the command spokesperson, DSP Bright Edafe, on Friday.

He identified the two arrested suspects as Efe Lucky and Ramson Akpojibu.

According to Vanguard, Edafe said the suspects confessed that they, along with three other persons at large, beat the victim identified simply as Christian to death over allegation of stealing their phones and N3,000.

“On the 3/5/2021 at about 1430hrs, information was received from a distressed caller that a good Samaritan reported that one Efe Lucky and Ramson Akpojibu both ‘m’ of Ughoton community Okpe LGA brought a patient Christian ‘m’ Surname unknown, to Moving Star Clinic Warri, as soon he was certified dead,” he stated.

“The duo with blood stains on their cloths was about to abscond. The DPO Orerokpe Division deployed a detective to the clinic, the corpse was viewed and sign of violence was seen on the body of the deceased. The corpse was photographed and deposited at Orerokpe General Hospital mortuary.

“The police arrested the two suspects Efe Lucky ‘m’ and Ramson Akpojibu ‘m’, and the premises of the suspects were searched, blood-stained cutlass, hammer and blood-soaked towel were recovered.

“They confessed that they were five in number that beat up the deceased to death over allegation of stealing their three thousand naira (N3,000.00) and phones. Effort is on to arrest the three other suspects.”

The spokesperson said that the State Police Commissioner has ordered that the case be transferred to State Criminal Investigation Department for further investigation.