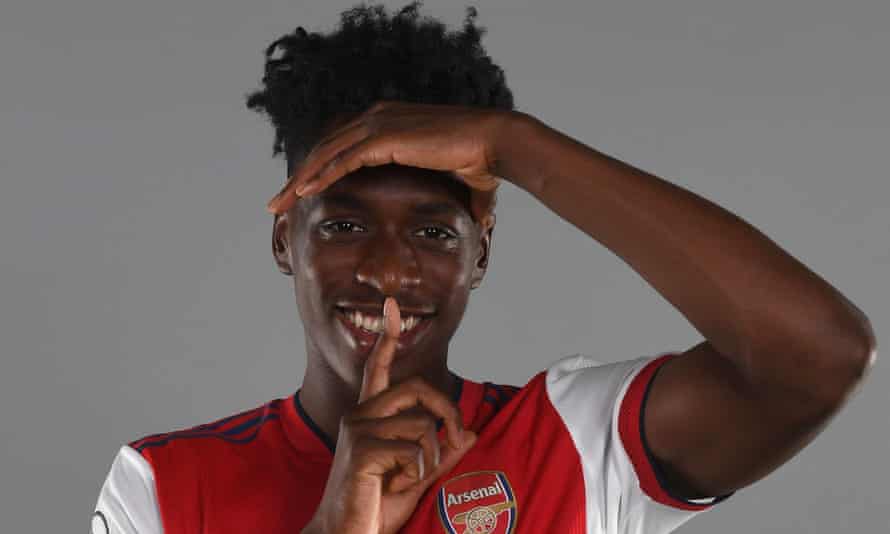 Arsenal’s new signing, Albert Sambi Lokonga, has revealed that he is confident after joining the Premier League side from Belgian side, Anderlecht.

The former Anderlecht midfielder has made huge strides in his career so far – but knows that moving to the Premier League will be his biggest test yet.

Speaking to Arsenal’s website on Monday, the Belgium Under-21 international says he is confident and can not wait to dawn the Gunners jersey.

“It’s a big move because I have been playing for Anderlecht for 10 years so it’s going to be my first big move to another country,” he told Arsenal Media.

“It’s a big step, but I feel confident because we have to be. In the football world, you have to feel confident about yourself, but I’m looking to play in this league and I can’t wait to start.”

Asked if he prefers a box to box or a more attacking role, Lokonga said, “I can play both,” he said. “I can play as a six and I can play like a box to box, but people say that I’m better in the six position.”

The 21-year-old midfielder made his debut for Anderlecht in 2017 and has gone on to make 78 appearances for the Belgian side.

Mikel Arteta, the Arsenal manager, told the club website: “Albert is a very intelligent player who has shown great maturity in his performances during his development.

“He has been coached well by Vincent Kompany and his team at Anderlecht. I know Vincent very well and he talks so highly about Albert and the positive impact he had to Anderlecht in recent seasons.

“We’re confident Albert’s ready for the next stage in his development and we’re looking forward to welcoming a new member to our squad with his quality and presence.”