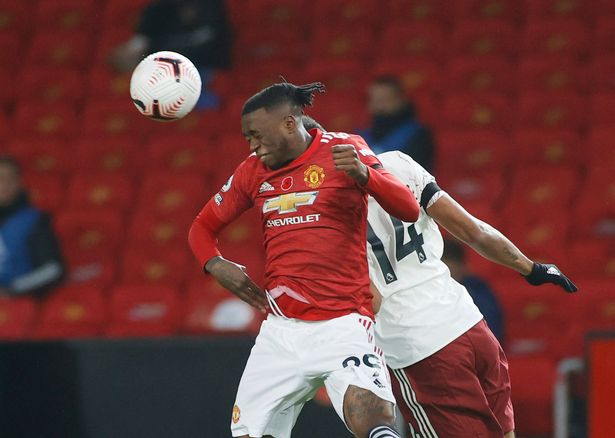 Manchester United right-back, Aaron Wan-Bissaka has expressed disappointment with the 1-0 loss to Arsenal in the Premier League on Sunday.

The home side dell behind as Pierre-Emeric Aubameyang sent De Gea the wrong way from the spot-kick, thanks to Paul Pogba who gifted Arsenal a penalty. The win is Arsenal first at Old Trafford in 14 years.

Speaking on the game, Wan-Bissaka revealed it’s shocking that United are yet to win their first match in the league this season, having lost to Crystal Palace, Tottenham and now Arsenal, they only managed to get a point in the 0-0 draw against Chelsea.

MORE READING!  JUST IN: Diego Maradona is dead at 60

“It’s a disappointing result. To come out on the pitch second half and put all that effort in and not to come out with a result,” he told MUTV.

“We come out every game with the mentality to win and put in a good performance but we’ve got to learn from it and put it right in the next game.”

MORE READING!  Porto see off sorry Marseille to close in on last 16

“It’s not easy after a goal goes in. The main thing is to stick together and keep going. That’s all we did,” he said.

“It’s strange we’re winning every game away from home and we can’t get a result at Old Trafford,” said Aaron.

“The performance was different [to Leipzig], but as you could see in the second half, we came out with a different mentality and we wanted to create chances. It’s just about taking them.

MORE READING!  He 'seemed to have eyes in the back of his head' -  Oliseh on marking Maradona in 1994

“Getting clear chances isn’t easy for both sides. It’s just about making them and taking them.”

United now go to Turkey to face Istanbul Basaksehir in the Champions League on Wednesday before looking to get back on course in the Premier League against Everton at Goodison Park next Saturday.