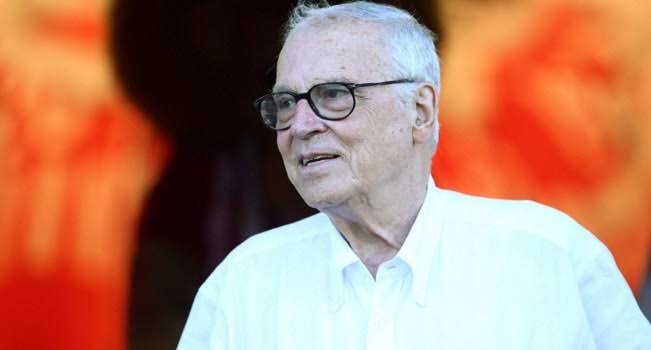 Savvas Theodoridis, the revered goalkeeper who was a key figure in the great Olympiakos side of the 1950s and early ’60s, died on Monday.

Theodoridis was capped 12 times for Greece and served as vice president and general manager of Olympiakos until becoming the Piraeus side’s honorary president.

“A great member of the Olympiakos family departed today. Savvas and I had a very special bond of love and mutual understanding, both on and off the pitch,” said Olympiakos boss Evangelos Marinakis.

“Standing always next to his beloved Olympiakos, he always offered his services from various positions, carrying out the duties of vice president and general manager. As such, he won among others seven domestic titles,” a statement from the club said.

Last month he celebrated the club’s 45th championship trophy which was dedicated to him personally by Marinakis.

Greek Sports Under secretary Lefteris Avgenakis said the loss of Theodoridis, “the eternal teenager of Olympiakos with his genuine and unadulterated love for his team, spreads grief.”

“Greek football has lost a part of itself, the loyal keeper for 70 years,” Avgenakis added.

Theodoridis joined Olympiakos as a player in 1955 and he retired at the age of 27 seven years later, with many considering him as one of the best goalkeepers in the club’s history.

He passed away in an Athens hospital of an undisclosed illness.