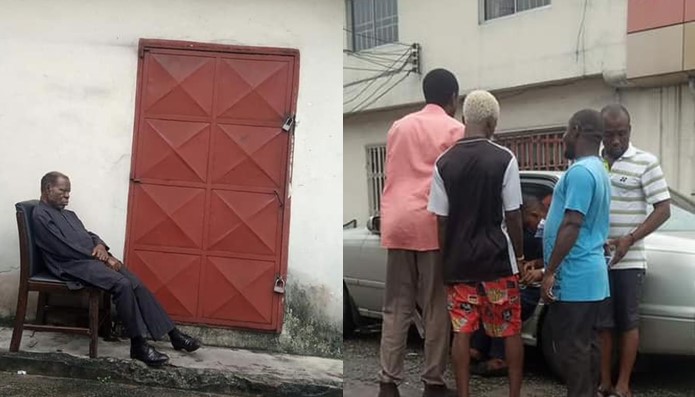 An office of the Port Harcourt Electricity Distribution Company (PHED) located in the Ogbumnabali area of the state capital was on Thursday locked by the landlord over unpaid rent.

In one of the images, the landlord is seen sitting in front of the locked-up door.

Another photo captured where a PHED official was attending to customers in a car parked within the premises.

PUNCH reported that when the PHED spokesperson, Chioma Aninwe, was contacted, she confirmed the development but insisted that a communication gap led to the incident.

JUST IN: One priest dead, another missing as unknown gunmen attack Katsina church

VIDEO: My wife fled because I returned blind from Libya, Nigerian man laments