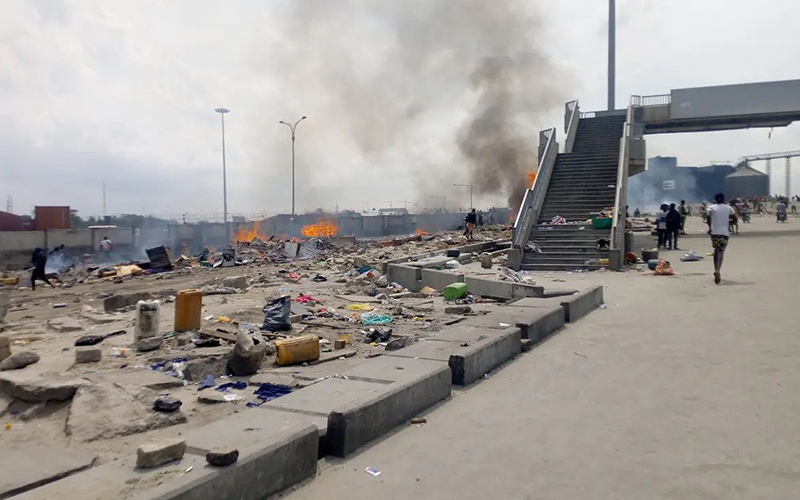 A number of street urchins, fondly called Area boys, have reportedly engaged policemen, officials of the Lagos State Traffic Management, and soldiers at Apapa in Lagos State in a gun battle.

DailyTrust reports that the duel started when the joint security team arrived Tin-Can’s first gate axis of the Mile 2-Apapa Expressway to dislodge miscreants allegedly responsible for criminal activities in the area.

The urchins reportedly put up resistance, according to an eyewitness who revealed that the action led to a gun duel between both parties, as the urchins started pelting the security team with stones and bottles.

“To dislodge the urchins, the task team fired tear gas at the raging crowd of hoodlums.

“Commercial motorcycle riders joined to resist the move and there were indiscriminate gunshots,” a rider said.