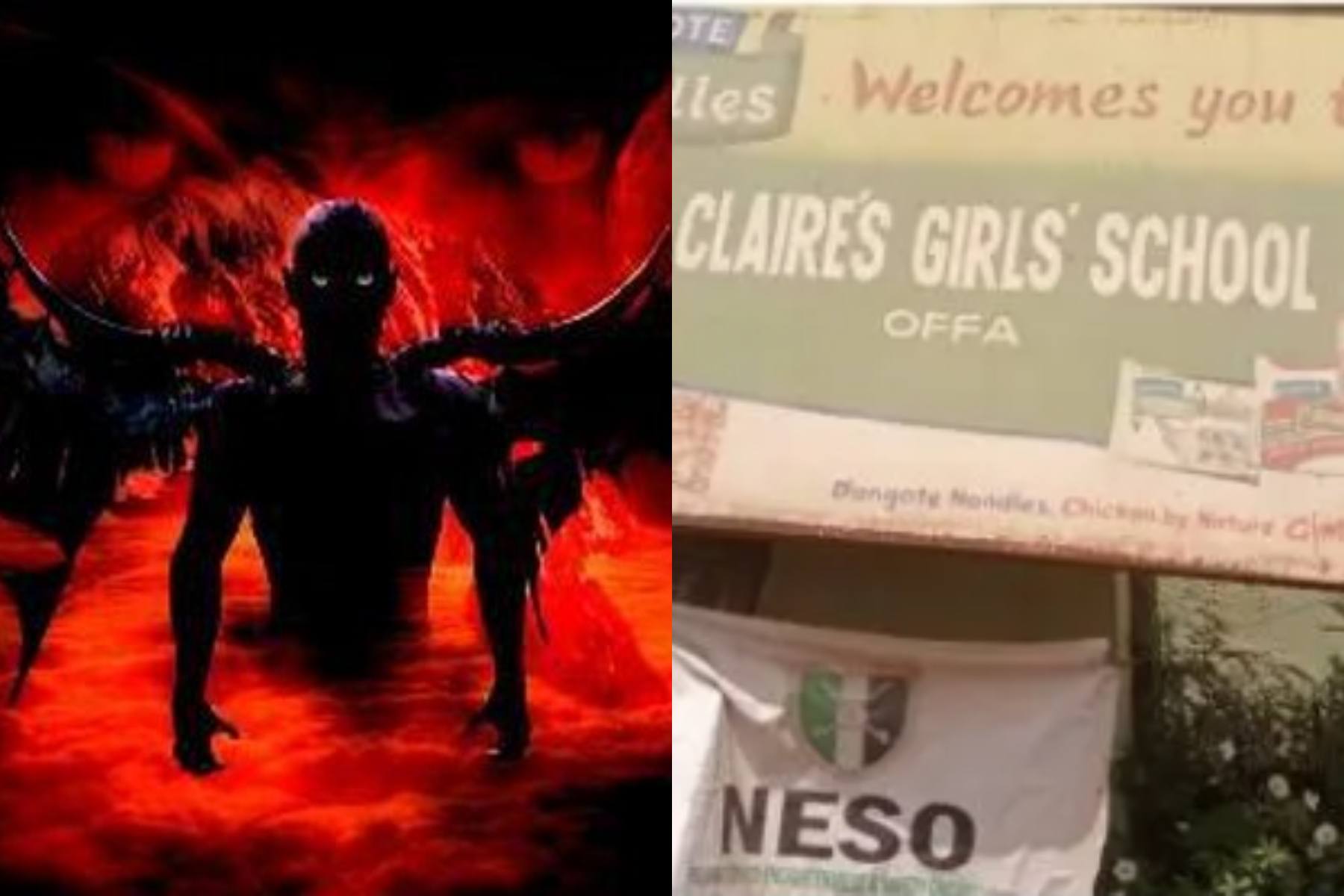 St Clairs Anglican Girls Grammar School, Offa, in Kwara State, was reportedly shut down on Friday after it was allegedly invaded by demons.

Reports said that the students of the Missionary school were thrown into confusion after they began to hear ‘Strange voice of Demons’.

The incident was said to have occurred at about 12:00hrs when students started shouting loudly after hearing strange voices suspected to be from ‘demons’.

“Mrs Ogunwole informed us that the incident took the school management by surprise, adding that she suspected ‘demons’, as the same ugly incident happened in 1978.”

A 17-year-old student, Uthman Mariam, who was a victim also revealed that “She saw some girls dressed in a different colour and calling her to join them, but she refused to answer their calls as they wanted to force her to mingle with them.

“That was why she was shouting and fell unconsciously on the floor,” she further stated.

Why Africa is underdeveloped – Peter Obi