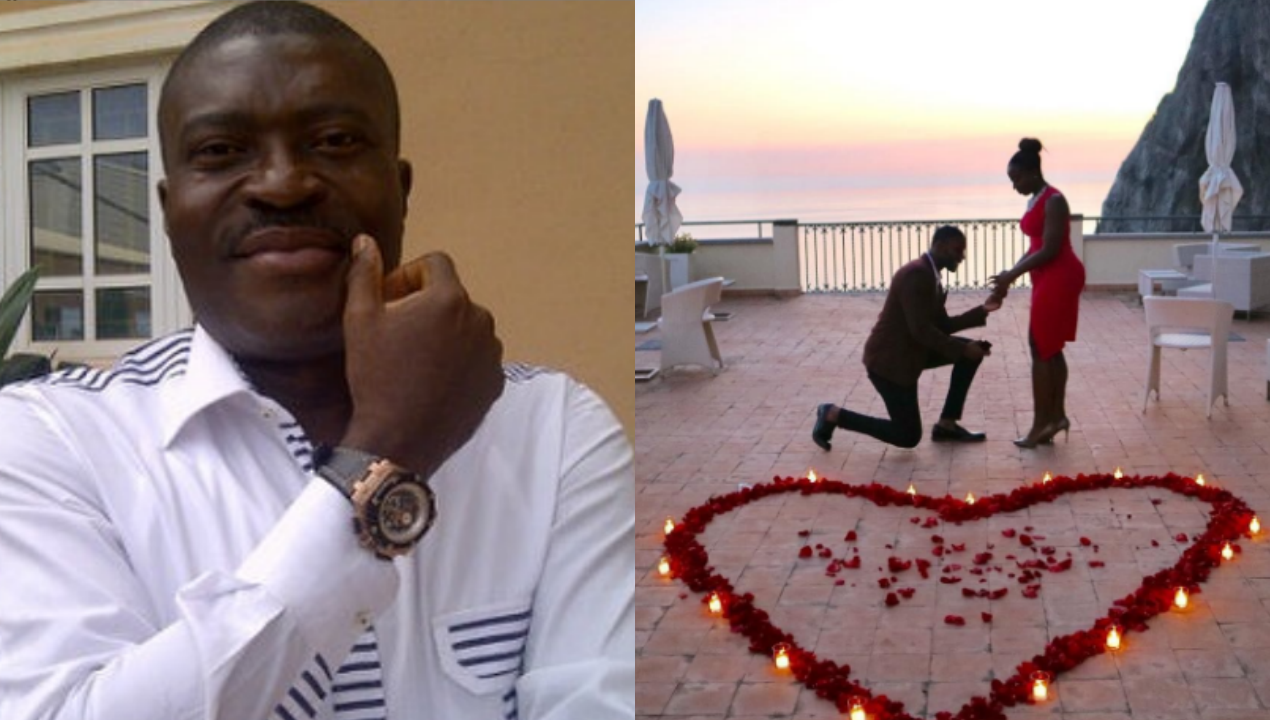 Popular Nigerian actor, Kanayo O Kanayo, has argued that the practice of men kneeling down to propose to their women is “emotional blackmail”.

According to him, marriage is not by force.

The Igbo born thespian took to his official Instagram page earlier to address marriage proposal norms in the context of Africa and African subcultures, where many had earlier claimed the practice of kneeling is alien to Nigerians.

After the address, Kanayo took to his timeline and wrote;

“Thanks for joining me in the discussion. SAY NO emotional blackmail by boys kneeling on the street proposing marriage. #marriagenobebyforce,”

Recall that veteran actor, Pete Edochie had earlier come under huge criticism from Nigerians after he called men who kneel to propose “idiots.”

“We are trying to copy white people, right? I believe in the sacrosanctity of our culture, the essence and the core of our culture. The white man kneels down to propose to a girl,” Edochie had opined.

“You know what it means? The girl takes over the family. This is why whenever you disagree with your wife overseas, you are kicked out and the wife takes the house.

“As a young man, you should be in charge of your destiny. Kneeling down for a woman makes you a fool. Kneel down before your wife and I’ll sympathize with you when she takes over the home.”

#BBNaija: I can’t wait to meet your parents- Neo professes love to Vee