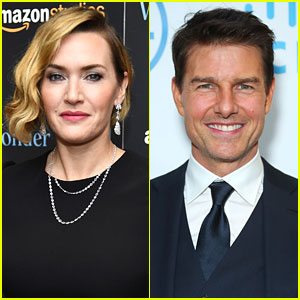 
The Titanic actoress bested Cruise by holding her breath for a record seven minutes and 14 seconds underwater while filming Avatar 2.

Winslet who survived a 882.5 feet (269 metres) long and about 92.5 feet ship wreckage as Rose in the move Titanic (1997) used her survival skill to beat Cruise’s 2011 record which he bagged while filming Mission: Impossible — Rogue Nation.

MORE READING!  Drake lashes out at Grammys over The Weekend snub

“It’s so funny because I don’t really read reviews or media things. I’m not on Instagram, like I’m just completely disconnected from that part of my life,” Kate revealed in a recent interview.

“So all of this week and the week before, I’ve had people coming up to me at work saying, ‘Oh my God, like seven minutes and 14 seconds? Like, what?!’ And I’m going, ‘What? Hang on, wait a minute. How do you know that?’”

She added that she is very proud of just how long she spent underwater for the movie.

“It was brilliant and I was very proud of myself and I’ll probably never be able to do it again,” Kate said. “That came at the end of four weeks worth of quite intense training and it was in the dive tank, it was in the training tank. But I loved it.”

She continued that the added skill is “one of the things I love about the job. We’re very, very lucky as actors that often we have to learn a whole new skill.”

“I had to learn how to be a paleontologist on the beaches of the Jurassic coast on the south coast of England,’ Kate revealed. ‘I had no idea how to do any of those things, and sometimes the job does require us to learn how to do something new, something incredibly cool.”

Hilarious reactions as Prince offers fan, who said he ignored her at Laycon’s birthday, lunch