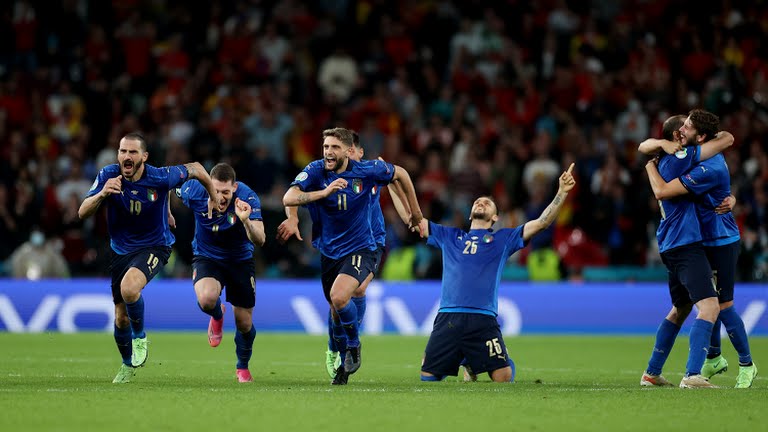 Italy have booked a place in the final of the 2020 European Championship after beating Spain 4-2 on penalties at the Wembley Stadium on Tuesday night.

The Spaniards dominated most of the first half and Oyarzabal forced Donnarumma to a good save but the Italians had the better chances of the first 45 with Barella and Emerson denied by the goal post.

Italy took the lead against the run of play through Federico Chiesa fifteen minutes after the second half but Álvaro Morata equalised twenty minutes to the final whistle to force the game into extra time.

Spain had more of the ball but both teams failed to make most of their chances, forcing to game to be decided over a penalty shootout.

Olmo missed Spain’s opener and Morata who brought Spain back to the game with his equaliser had his penalty saved by Donnaruma, leaving Jorginho to score the decisive penalty as the shootout ended 4-2 in favour of Italy.

Roberto Mancini’s side would face the winner of the second semifinal on Wednesday between hosts England and Denmark in the final on July 11.