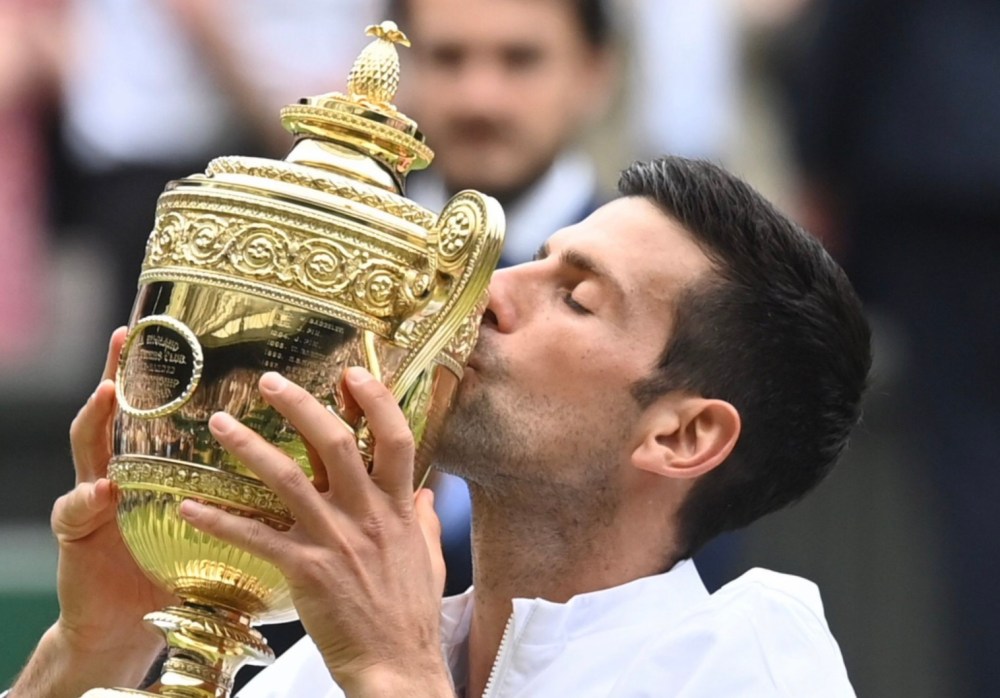 The Serbian defeated Berrettini in a historic 6-7(4), 6-4, 6-4, 6-3 final victory to draw level with his great rivals, Switzerland’s Roger Federer and Spain’s Rafael Nadal, who he perennially chased since he captured his first major crown at the 2008 Australian Open, according to ATP.

Djokovic, who has already clinched his ninth Australian Open crown (d. Medvedev) in February and a second Roland Garros title (d. Tsitsipas) last month, will now stake his claim for the calendar-year Grand Slam after earning his sixth trophy at the All England Club.

Only four men in the sport’s history have arrived in New York City with the season’s first three major championships in their kitties, and in a couple of months, the 34-year-old Djokovic will hope to emulate Don Budge (1938) and Rod Laver (1962 and 1969) in winning all four Grand Slam tournaments in a single season.

EURO 2020 Final: Police sweep in as fans attempt to break into Wembley

Copa America: It was difficult to come back after Di Maria’s goal, Thiago Silva admits