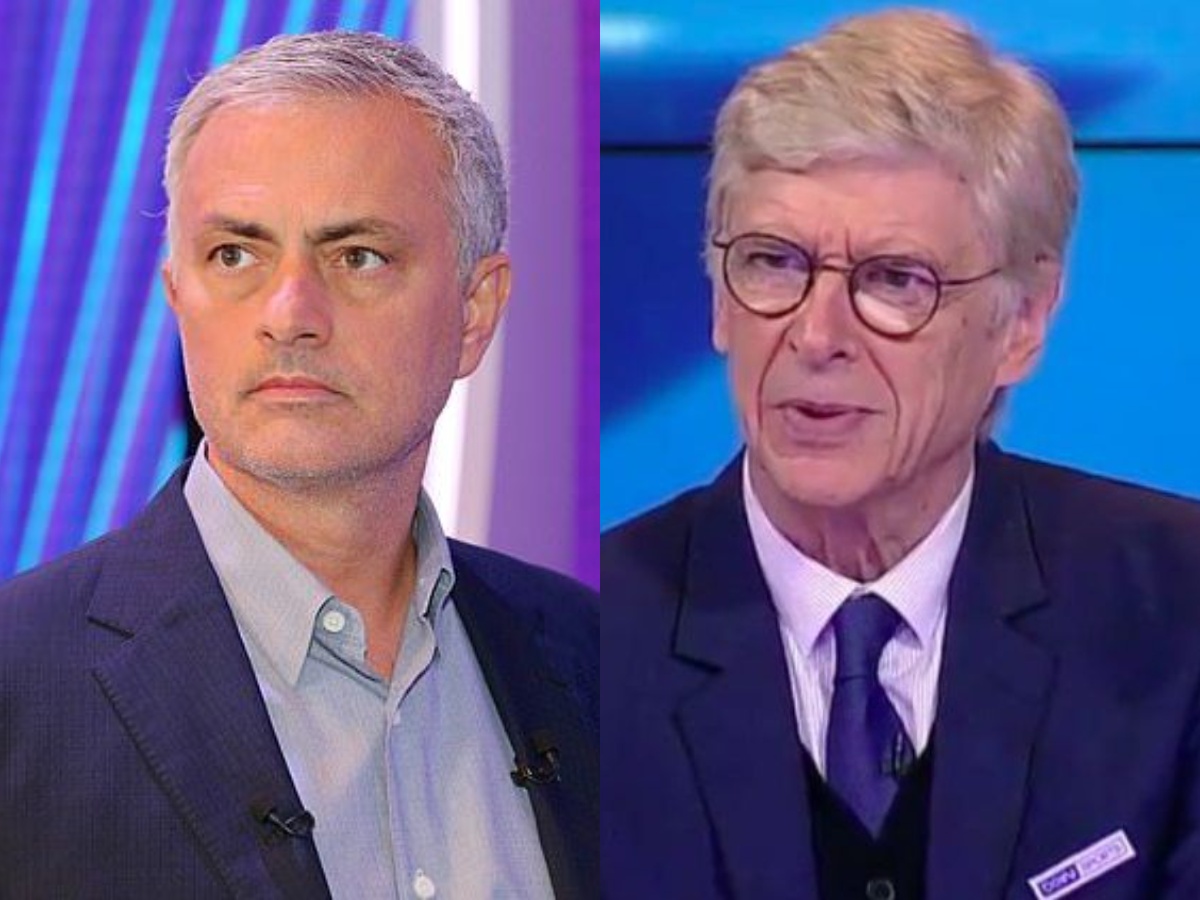 Iconic football managers, Arsene Wenger and Jose Mourinho, who couldn’t see eye-to-eye for years have finally found something to agree on after England’s controversial win against Denmark in the EURO 2020 semifinal on Wednesday night.

Things have been tensed between the pair during their time in London with Chelsea and Arsenal respectively, notably, a touchline fracas but they began a healing process which has since improved through punditry, according to UK Metro.

England was awarded a penalty in extra time after Raheem Sterling was adjudged to have been fouled in the area but replays showed there was little contact and Mourinho and Wenger felt VAR should have intervened.

“I say the way I see it, not the way it is. Maybe you don’t like my opinion this time,” Mourinho told TalkSPORT.

“The best team won, England are a better team than Denmark. Denmark played the way I was expecting them to play on to their limits.

“England was really, really good and no doubt they deserved to win that match/ But, for me, it’s never a penalty. At this level, a semi-final of a Euro I don’t understand really the referee’s decision.”

“I don’t understand even less the fact that the VAR didn’t bring the referee to the screen or overturn the decision. For me it’s never a penalty.

Wenger agreed, insisting he could not understand how VAR did not intervene to give the referee another look at the incident.

“It was not clear enough to say ‘yes it is’. At least he should have looked on the screen. I don’t know why the VAR did not ask him to go. For me no penalty. I think the VAR has left the referee down.”