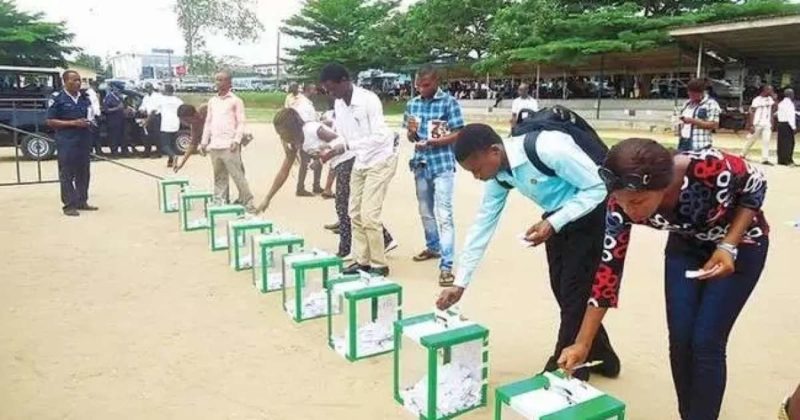 The Independent National Electoral Commission has fixed June 18, 2022, for the Ekiti governorship election and July 16, 2022, for the same exercise in Osun state.

The INEC Chairman, Prof. Mahmood Yakubu, disclosed this on Wednesday at the Commission’s meeting with the Resident Electoral Commissioners in Abuja.

Yakubu said that the commencement date of the campaign and other detailed timetable and schedule of activities for the two elections were uploaded on the Commission’s website and social media platforms, WUZUPNIGERIA gathered.

“In the sequence of off-season elections, the Ekiti and Osun State Governorship elections are holding next year.

“In keeping with our policy of announcing the dates of elections in advance to enable early and effective preparations by all concerned, the Commission has approved that the Ekiti State Governorship election will hold on Saturday June 18 2022.

“The Osun State Governorship election will hold one month later on Saturday July 16, 2022.

According to the timetable and schedule of activities for the two elections, INEC would release notice for the Ekiti State governorship election on Jan. 3, 2022.

The commission also scheduled the conduct of parties’ primaries for the state election between Jan. 4, to Jan. 29, 2022.

For Osun state, the notice of election according to the timetable would be issued on Feb. 15, 2022, the News Agency of Nigeria reports.

Also, parties’ primaries and resolutions of disputes arising from the exercise are scheduled to hold from Feb. 16, 2022, to March 12, 2022.

Yakubu stated that April 8, 2022, is scheduled as the last day for withdrawal/replacement of candidates by political parties, and June 16 2022 for publication of final candidates for the Osun governorship election.

Yakubu said that looking to the near future, the Commission was preparing to conduct the remaining off-season end of tenure elections ahead of the 2023 General Election.

He said that already activities listed in the timetable for the Anambra State Governorship election were being implemented.