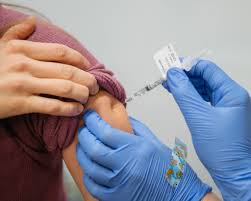 A controversy erupted following the death of a 46-year-old government hospital employee in Moradabad, around 24 hours after receiving the first dose of Covid-19 vaccine.

Mahipal Singh, a ward attendant in the Moradabad district of the northern state of Uttar Pradesh, died on Sunday after complaining of chest pain and breathlessness.

Relatives said he had been unwell before receiving the shot on Saturday but that his condition subsequently deteriorated.

“The report reveals the cause of death as cardiogenic and septicaemic shock.

“The death has no link with the coronavirus vaccination, all workers who got the vaccination are healthy and well,” Garg said.

Singh had been on night duty overnight on Saturday, he added.

But Singh’s son Vishal said the family believed he had died from side-effects of the vaccine.

“He already had a bit of pneumonia, the usual cough and cold, but started feeling worse after returning home,” he said.

India on Saturday began inoculating front-line workers in what is expected to be the world’s biggest coronavirus vaccination programme.

More than 224,000 people had received the shot by Sunday night, with 447 minimal adverse reactions, the Health Ministry said. Of these, three were hospitalised, two of whom were quickly discharged.

India has the second largest coronavirus caseload after the U.S. with a total of more than 10.5 million infections and 152,419 related deaths.

Related Topics:Indiavaccineward dies
Up Next