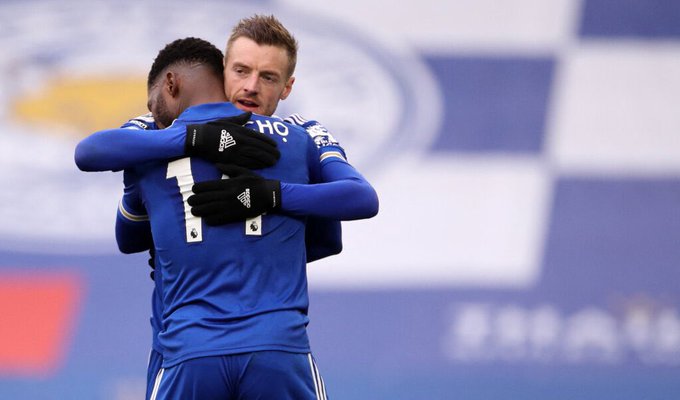 Leicester City’s hope of making the Champions League was shattered for the second successive season after the club twice squandered the lead to lose 4-2 at home to Tottenham Hotspur on Sunday.

Jamie Vardy scored two penalties to give Leicester City 1-0 and then 2-1 leads.

Nigerian players, Kelechi Iheanacho and Wilfred Ndidi who play for Leicester may also miss out of the Champions League.

A 76th-minute own goal by goalkeeper Kasper Schmeichel, however, gifted Spurs an equaliser and Gareth Bale, possibly in his last game for Tottenham on loan, rubbed salt into Leicester’s wounds with two well-taken late goals.

With Chelsea losing at Aston Villa, that would have been enough for Leicester to claim the fourth spot.

Just like the last term when a Champions League qualifying spot looked to be theirs for the taking, this season’s FA Cup winners Leicester finished in fifth place and will have to content themselves with a Europa League campaign.

The victory left Tottenham in seventh and they will enter the inaugural Europa Conference League.