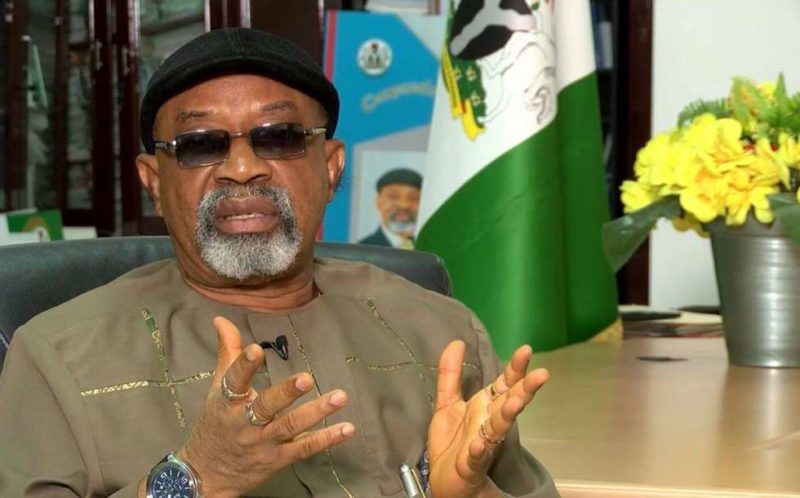 Minister of Labour and Employment, Chris Ngige, has clearly stated that he would not waste his precious time discussing the arrest of the leader of the proscribed Indigenous People of Biafra, Nnamdi Kanu.

In a statement issued by his media team in Abuja on Friday, Ngige said that he’s too busy to condemn or hail the rearrest of Kanu, whom he described as a “fugitive”.

The PUNCH reports that the minister also warned IPOB against linking him with the re-arrest and extradition of its leader after IPOB spokesman, Emma Powerful, had fingered South-East governors, ministers and federal lawmakers of alleged betrayal during Kanu’s arrest by the regime of the President, Major General Muhammadu Buhari (retd.).

WuzupNigeria reported that Kanu, who is currently being held by the Department of State Services after appearing before Justice Binta Nyako of the Federal High Court, Abuja is facing trial for a treasonable felony.

Kanu was recently rearrested and extradited to the country via an unverified means having jumped bail in 2017 and fled to the United Kingdom, facing terrorism-related charges.

The statement was titled, ‘Ngige to IPOB: Stop linking me to the rearrest of your leader’ partly read, “The Minister, being somebody with long-standing experience in the public service, knows the bounds of his office and does not have the time to meddle into Foreign Affairs of Extradition and security matters that clearly fall within the mandate of the Nigerian Diplomatic Missions, national intelligence agencies.

“Ngige is neither the Minister of Police Affairs, Justice, Foreign Affairs nor the National Security Adviser, to start discussing issues of extradition or arrest of a fugitive outside Nigeria’s territory, which are clearly outside his mandate.”

“If these false reports are targeted at coaxing Ngige into lending his voice to the discordant voices condemning or hailing Nnamdi Kanu’s arrest or calling for his unconditional release, then the propagators have failed because he has long decided not to make any comment for or against Kanu as he is already standing trial in a competent court of law for treasonable felony.

“Ngige is somebody who believes in the Rule of Law and will rather allow the law to take its course than get involved in the discussion of any issue which neither adds nor subtract any value to the trial process.

“Hence, the Minister has not and will not at this time of the country’s history, waste his precious time discussing such matters or any issue pertaining to IPOB.

“The minister’s earlier views on the ill-advised violent secessionist agitations are well known and can be seen online in his interview with Channels Television aired on Monday June 14, 2021. He is a patriot and firm believer in a united and indivisible Nigeria based on Justice, Equity and Fair-play.

“His position has not changed and is unlikely to change in the near or distant future. He saw and participated in the war and up till today, describes war as ‘evil’ and an ‘ill wind’ that blows no side any good.”