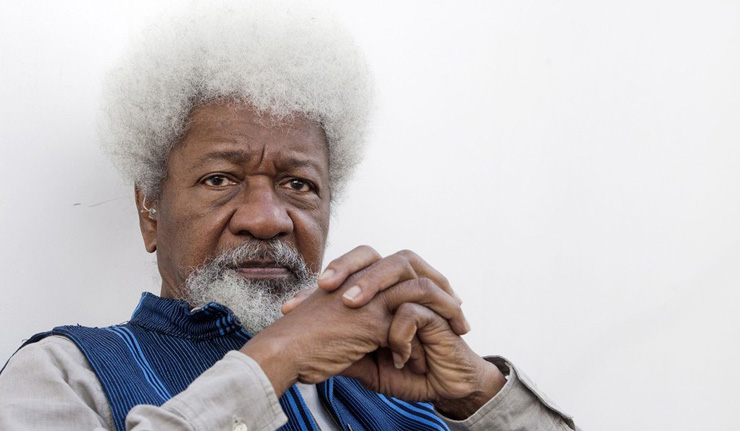 Nobel Laureate Wole Soyinka has described the manner the leader of Indigenous Peoples of Biafra, Nnamdi Kanu was brought into the country by the Federal Government as an act of kidnap as against the purported claim that he was arrested.

While British and Kenyan governments have both denied having anything to do with Kanu’s arrest, authorities have remained mum about the manner the IPOB leader was reportedly rearrested.

However, in a recent interview with BBC Pidgin published on Monday and monitored by WuzupNigeria, Soyinka described the purported kidnap of Kanu by the President, Major General Muhammadu Buhari (retd) as internationally and morally wrong.

Explaining his position on the arrest of Kanu who is currently being held in the custody of the Department of State Services after appearing before an Abuja Court, Soyinka advised the Buhari-led government to brace up for what will come next when the actual truth about Kanu’s arrest goes public.

He said, “Well, for me, it’s not for me to tell the government to prepare itself because there’s going to be a huge squawk when the truth about how Kanu was arrested comes out, people are alleging this and that, so that’s one phase whether Nigeria has acted outside international laws.

“The second issue, however, has to do with Kanu’s conduct outside the nation. There’s been a level of hate rhetoric which for me has been most unfortunate issuing from Kanu outside, but for me, rhetoric is an issue that can only be judged by the laws of any nation.

“So it comes back to the issue, was it right to have; for me, quote-unquote – ‘kidnap’, you can say intercepted as much as you want but I think that Kanu was kidnapped and that is wrong internationally and it’s wrong morally.

When asked to advise the government on how to go about Kanu’s trial, Soyinka said, “To answer this question, we have to ask ourselves, what is the position mentally, spiritually, economically, politically, what’s the collective state of mind of a vast section of this nation at the moment and that state of mind is best described as distrust, total distrust.