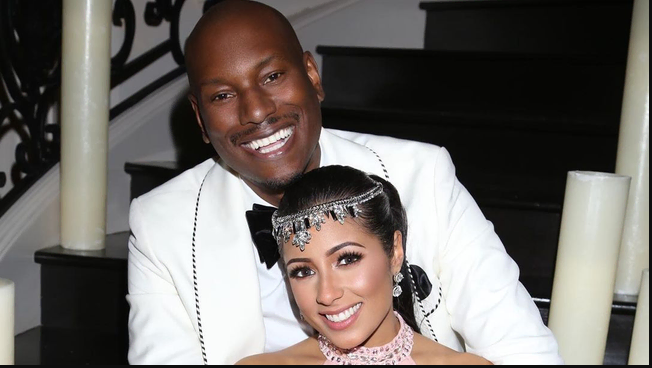 American singer, Tyrese’s estranged wife, Samantha, filed for divorce more than three months before he announced their split. She claims he changed the locks at their home, something Tyrese denies.

Samantha Lee Gibson filed divorce documents back in September, and in the petition, she alleges that Tyrese had, just a few weeks earlier, cut her off financially, and locked her and their two-year-old daughter, Soraya, out of the family’s Georgia home, TMZ.com reports.

The singer turned actor claims her allegations are false. In the documents he filed, he denies leaving them out in the cold.

On the other hand, he admits having major issues with Samantha’s demand for $20,000 per month in child support. He calls that number “unreasonably high.”

As for what led up to their split, Tyrese says when he flew home from a movie set in late August, Samantha confronted him kicking off a tense, three-hour conversation where she threatened to call the cops.

Tyrese says he left the house in an Uber because he wanted no part of a police interaction due to “multiple public incidents involving police brutality and racially motivated killings of unarmed African American people.”

You will recall, when Tyrese announced their divorce last week he made a broader statement about black families being under attack, and said his divorce was an example of a vicious cycle in the community.