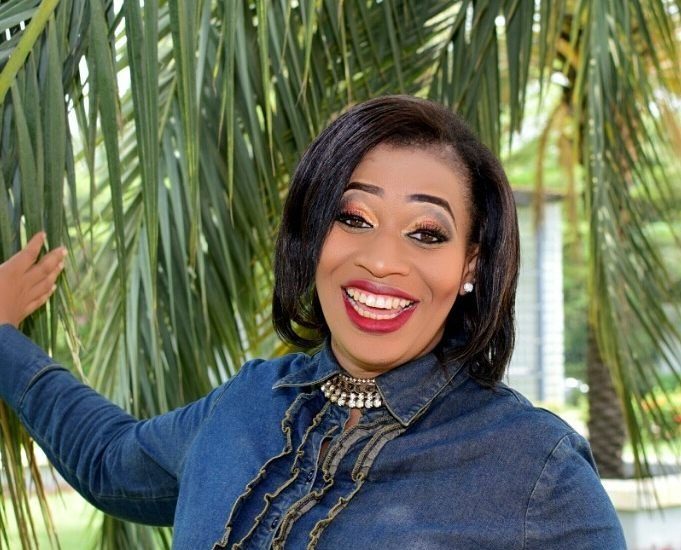 Meet Ese Ayaebene, a counsellor who specializes in issues of child molestation and sexual assault narrate her rape experience and how it affected her life.

According to Mrs Ese Ayaebene who grew up in Warri, living with her parents and siblings her rape experience dates back to her childhood days sometime in primary school.

She had a lesson teacher back then who would come home to teach her and that was how the sexual molestation started.

” It started with my home lesson teacher when he would put his hands under the table and be touching my laps and private part, even with my siblings around.

Of course, they never saw or noticed anything. I was in Primary 1 or 2 and thought it was one of those things people go through.

Even then, I felt it was not normal because I remember trying to kill myself as a child in primary school. There was a day nobody was at home and I just packed some drugs and swallowed them. I couldn’t escape from the molestations because the teacher always came anyway.

He taught me French for almost four years. Although he only used his fingers but I always felt dirty.

So, anytime I was in the bathroom, I’d just be scrubbing and crying. I felt frustrated because hard as I tried, I just couldn’t wash it off.

According to the Nation, Ese’s mom had suspected something was wrong but when she could finally open up her mum blamed her for it.

“Mum probably suspected something was not right and kept asking but I couldn’t tell her. I couldn’t tell my elder sister either; she was also young, though about six years older. She said she suspected I had issues. Finally when I opened up to tell my mum, she told me it was my fault. That destroyed my relationship with her. I hated her for years, although we’re good now. I also hated myself: I hated my skin colour, hated my face; I felt that I attracted these thing to myself. I remember how shocked my primary school classmates were when I confided in them. That was an eye-opener for me.”

Ese also said that at some point in her life she became a tomboy and had a best friend who she thought she could confide in but he also destroyed her.

“When I was 17, I was raped by a friend. He was 23 and was like my best friend because I grew up to become a tomboy. All my friends were boys; I  never even knew I would get married and now I’m married with three kids.

We were indoor talking, which wasn’t unusual and he started making advances at me. I objected but I wasn’t so assertive.

Ese who claimed her ‘NO’ wasn’t strong enough said he deflowered her in the process and that completely shattered her.

My ‘no’ wasn’t strong enough; so by the time he started pushing me, I just kind of froze – the same way some people freeze in the face of danger.

So, it wasn’t like he beat me up. Long story short, he had his way, deflowered me in the process; but the whole experience was surreal for me – because I kept resisting till the end and cried afterwards.

In fact, I immediately went to take a knife and tried to kill myself; and then he started begging and showing remorse. But again, the damage was done. It was a psychological one. ”

According to the Nation, Ese clocked 24 and one would think her past experience would have thought her to beware of men but instead, it happened again.

“This time, I was 24 and just lost my dad. We were receiving so many visitors who had come to condole with us and I decided to step out for a respite. I ended up going to a male friend’s place – I told you my friends were all male. It wasn’t quite late, around 6.30; so I figured I should be back before 7pm.

He started making overtures and I said ‘no.’ But because the door was locked, I started running around the room, trying to get away from him. But he kept at it and at a point, he began to see it as a game, which made it more frustrating. And he kept telling me, ‘After all, you said you’re not a virgin,’ as if it was a justification. Sometimes, when I think about it, I just want to avoid that chapter of my life, but I also want to help other girls with my story. Looking back, there are lots of things I should have done better.”

Ese said she soon became a nymphomaniac, giving her body freely to men instead of them forcing her.

“I entered a new phase in my life, where I went into series of relationships. It wasn’t like a man-a day kind of thing and I was not sleeping with men for money – I always felt I was worth more than that; but I went into different relationships, where I gave myself willingly. I was like, instead of men forcing me, let me take charge, take liberty and enjoy it.

Of course, sex is sex and it’s not a bad thing ordinarily. Sometimes, I’d even be the one to make the move. It lasted for about a year; I was in my twenties and in school. At a point, I even began to think that I was a nymphomaniac. Luckily, I had some friends who helped me.”

According to the Nation, Ese has been married for seven years and on some nights she still has nightmares.

“I used to have nightmares of being raped. My husband is aware, so when I wake up with a scream at night, he knows. It’s better now and I now have less flashbacks. We’ve been married for seven years. Of course some may interpret the nightmares of rape as spiritual husband coming to visit but I won’t say that as a psychologist. Psychologists will tell you that we suppress most of our emotions into our subconscious and then they come up in our dreams. Most of the time, what we dream of are the things we’re afraid of – because at that time, our minds are free to wander.

So now, I’m always watching my kids – I have two girls and a boy. I’m talking to them regularly and asking questions, and I hardly let them out of sight. But at the same time, one shouldn’t be paranoid.

I also thank God for the husband I married. He is totally understanding. One of the things I made sure I did before committing to a serious relationship with him was to tell him everything about my past. I told him I didn’t want a case where he would now stumble on some things and be like, ‘I don’t want a damaged product.’ He laughed over it but it has helped us build a strong relationship.”

Curiously, Anthonia Ojenagbon is not in support of vicious punishments such as death sentence or castration for rapists, as are being bandied in some quarters. As far as she is concerned, all that is needed is for people to see that perpetrators are being convicted.

“I’m not in support of death sentence or castration. There is already a 14-year jail term; I think Lagos has even gone further to legislate life jail. So, I think all that is needed is conviction, to send a strong message. If you convict somebody and others see it – I’m not talking of a two-year slap-on-the-wrist sentence like we sometime hear, things would change. You don’t want to throw away everything you’ve worked for and go to jail all because of ten-minutes of un-consented sex.”

She is therefore of the opinion that men should really begin to understand that when a girl says ‘no,’ it does not make them less of a man and they don’t have to prove any point.

“Men should also note that the fact that a lady does not speak up today does not mean she’s never going to. She’s probably not speaking yet because she’s still dealing with guilt but would speak up the day she finds her voice. Women are very emotional beings. I will never forget my encounter with a 75-year old woman who told me how she was raped at 12. She had never told anybody until that day. She told me, ‘Your write up encourages me. I just want you to know that you have millions of us, who are proud of you, behind for you.’

“One out of every three women you see out there has been sexually violated before they clocked 18. My daughter is 17 but you need to see how I was screaming when she was going to open the gate for her dad the day that girl was raped in Benin. We cannot continue to live in such fear. We need to begin to re-orientate our boys. Even producers and stakeholders in Nollywood need to have a rethink on the kind of films they churn out.”

Most importantly, Ojenagbon is glad the Nigerian government has begun taking action by declaring a state of emergency on rape and other forms of sexual violence.

“I believe that in the next five years, we won’t be where we are today,” she concluded.

Like Ojenagbon, Ese Ayaebene does not believe in vengeful actions such as death sentence or castration against rapists. And her reasons stem from her conviction that no amount of punishment can equate with the damage and trauma inflicted on the victim.

“I understand that the law should be in favour of the victim, but there is a difference between justice and revenge. No matter what you do to the molester, it will never equate with the level of pain. I’ve been going through the pain for years, what are you going to do to a perpetrator that will equate with that? I can’t really capture the pain but there are days my skin literally crawls and I feel like peeling it off my body.

“There are days I felt my life could have been better if-was a man; and there are days I just want to end it all. Apart from that attempt as a child, I still have suicide thoughts as an adult. Anytime I have overwhelming issues, it comes back. It’s so bad that there are some people, who, on account of such abuses, are on drugs forever.

“What punishment could match that?” She asked, almost rhetorically.

Culled from The Nation

Related Topics:counsellorFeaturedNymphomaniacrapeRape experience
Up Next

S3x workers in Germany march for re-opening of brothels