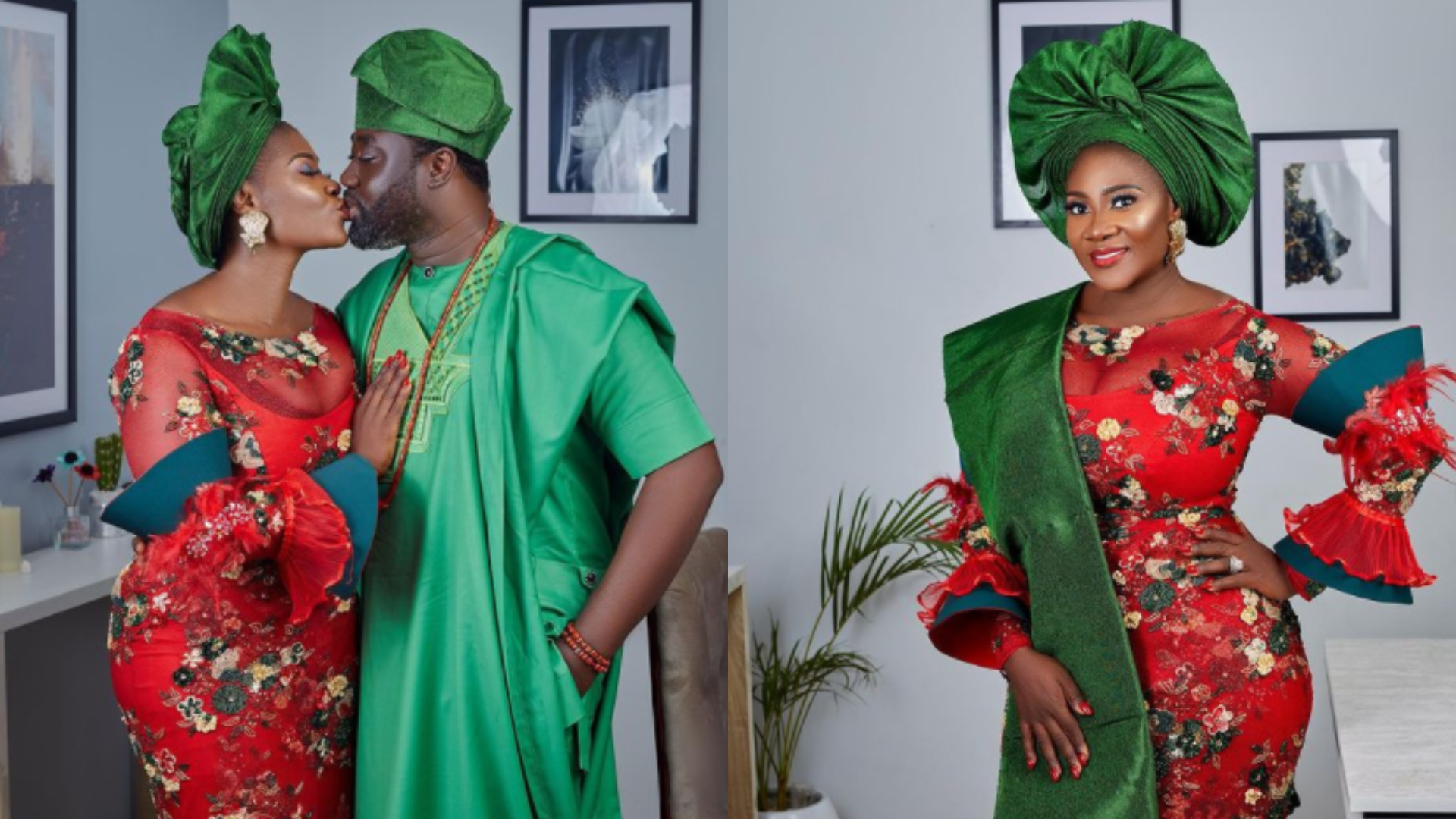 Popular Nollywood actress, Mercy Johnson has taken to her social media page to reveal that she speaks seven languages fluently.

The mother of four made this revelation in a recent video she shared on Instagram while she enjoyed some alone time with her husband.

In the video, the couple were spotted rocking matching shirts and playing in front of the camera, when Mercy bragged about her ability to speak seven different languages.

Recall that some time ago, the curvy actress stunned social media users after she spoke Yoruba fluently.

In the video, the Kogi actress was spotted in a lovely red and blue dress that displayed her curvaceous figure while being photographed.

Sharing the video she wrote,

In other news, Nollywood actress, Chioma Nwaoha, is currently under fire on social media for telling her daughters to tap her backside while she was shaking it.

The actress had taken to her Instagram page to share the video while advertising a butt enhancement brand.

However, netizens were infuriated by her marketing approach and dragged her to filth.