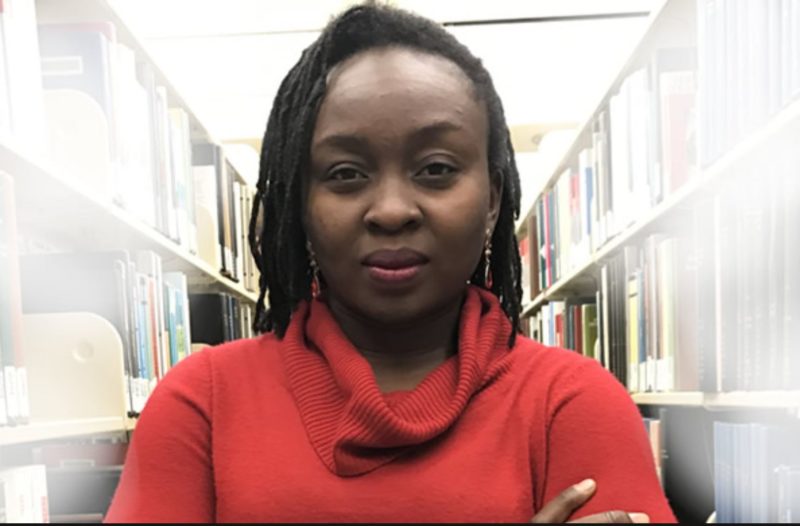 Last Friday, the Nigeria Police paraded Uduak Akpan, the suspected killer of Iniubong Umoren -a young female jobseeker who he had lured with a fake job- before journalists.

Hours after that press conference, almost all the media accounts were sensational reports of what the alleged killer had said. That was very wrong. Some of those reporters did not even bother to supply any critical context to their account; they just ran with Akpan’s nonsense.

The alleged murderer’s confession was not only filled with many holes, but he was also manipulative. That should have been expected of a serial rapist, but those reporters did not catch on. It was a shame his interviewers gave him a voice at the expense of the poor young woman.

That is not how a murderer, let alone a confessed one, should be interviewed. The Nigeria Police’s penchant for exhibiting criminals like a trophy has backfired many times. One would think that by now, they would have learned how to manage these things better.

To be fair to them, I understand why they had to put Akpan on display. The Akwa Ibom State Commissioner of Police, Amiengheme Andrew, said they were drowning in rumours that Akpan had suicided in their custody, and they needed to dispel those tales. Also, because some media accounts had posited the murder as either ritual killing or activities of an organ-harvesting crime syndicate, I understand they needed to respond to public outrage. Still, they came off as insensitive.

Like an average politician, Andrew complained about rumours circulating against the police on social media. Listening to him, you would think rumour-mongering started only yesterday when the white man invented social media. Also, so what if people think the police were about to bungle this case? Will that be the first time they would be inept and corrupt?

In the future, the police should not make such interviews impromptu. This is not a crime of thieves stripping railway metals. We are talking about a serial rapist and a murderer, one with enough narcissism to repeatedly state he used “reverse psychology” on his victim.

The police should have first searched for his previous victims-Akpan admitted he had raped six other women-and mapped his modus operandi. They should have circulated their comprehensive written reports among pre-selected journalists who would interview Akpan and hopefully approach him from an informed perspective. If the police had told the public about the other women he had assaulted, it would have been harder for him to sit down there and use dutiful journalists to circulate his rubbish in the public domain.

Every journalist who has interviewed serial killers or rapists or similar psychopaths will tell you this one thing for free: never ever face them unprepared. Before you ever approach them, read every possible file on them and memorise the details. Anything less than that, they will turn you around like a barber’s chair.

Akpan would not have successively raped multiple women if he was not a skilled manipulator. Akpan himself kept saying he “used reverse psychology” on his victim, and that should tell you his tactics were self-conscious. You do not approach someone like that without hard preparation and a basic understanding of criminal psychology.

Imagine how much different the interview with Akpan would have gone if the journalists drafted to ask him questions did not have to do it off the cuff. I want to believe we would not have had to endure silly questions like “Why did you want to remove the condom?” or “How do you feel about what you have done?” or “Are you remorseful?” or “Were you in love with the girl?” Even if those questioners have a perverse fascination with depravity, they could at least have considered the victim’s family that would have to endure the agony of watching a sick man rip into their dead daughter.

If they had been better armed with information, I choose to believe that those journalists would not be talking over each other and making the guy feel like he is what he is not. No journalist would have asked what he used to hit her if they had first read and digested the autopsy report. Some of the questions they put to Akpan would have shown him they were poorly-informed about him, and that is not a good position to be when interviewing a confessed murderer.

Once he gauges you and realises you are just fishing for details, he will use you to make him a hero or a victim of his victim. For an interview like that, you should not be asking questions that affirm what he pretends to be. You should crucially evaluate his story and point out the holes to him.

This guy tells you that this poor young woman he met on the Internet agreed to have sex with him within an hour of meeting, and none of you could ask how that was possible. We are talking about a young woman searching for a job and who had had to ask her friend for N2,000 to afford the fare to the venue of the supposed interview.

She travelled a long distance only to find you had deceived her. There was no job, but there was sex on the menu, and you want us to believe she agreed just like that? He has to be dim to weave such a story, and one has to be congenitally stupid to believe him. He even claimed she was unfazed by the prospect of working on a drug farm because she takes marijuana and cocaine. A woman who could not afford her fare takes cocaine? Are drugs that cheap?

Instead of the halfwit questions they put to him, the journalists should have pondered why Akpan told such stories. Stories are meant to achieve a purpose, and they should have quickly discerned his motive. I surmised he was trying to deprecate her in the mind of the public outraged by his crimes against a diligent young woman by passing her off as morally loose.

He is a Nigerian male who understands how patriarchy works in our society. He knows he can manipulate public sentiment in his favour when talking about a woman by bringing up sex. Just suggest she is sexually loose and watch their narrow minds overrule their heads.

An example: Minister of Niger Delta Affairs, Godswill Akpabio, was asked to react to corruption allegations made against him by Joy Nunieh, a former acting Managing Director of the Interim Management Committee of the Niger Delta Development Commission. Seeing he was boxed into a corner, the next thing Akpabio did was to bring up the number of husbands the woman had purportedly married.

Akpabio would never have done that to a male counterpart since there is no correlation between the allegation of corruption and his accuser’s marital status. But sex is the Nigerian male’s joker when they cannot own up to their faults. Akpan and Akpabio are quintessential examples.

Akpan admitted that Umoren hit him with an electronic stabiliser while he tried to remove the condom. That suggests that the sex was not consensual; she saw a chance to escape, and she wanted to take it by striking him with an item she could lay her hands on readily.

It is highly improbable that someone who agreed to have sex with a stranger would viciously attack the same person over his merely removing condom. It is far more probable that she fought him back in a way he never expected. If it was true that she was his first murder victim, it could be that he was used to more pliant victims.

It could be that this time, however, he met a fighter; a woman whose spirit could not be crushed by his assault; someone with enough presence of mind to phone her friend in that wild moment she fought for her life. She must have been a brave young woman. She was not his victim; she saved countless other potential victims from him. I hope her family takes some comfort from that.

This is why Pastor Adefarasin is scared BY Greg Odogwu

Saraki is in our custody, EFCC confirms arrest