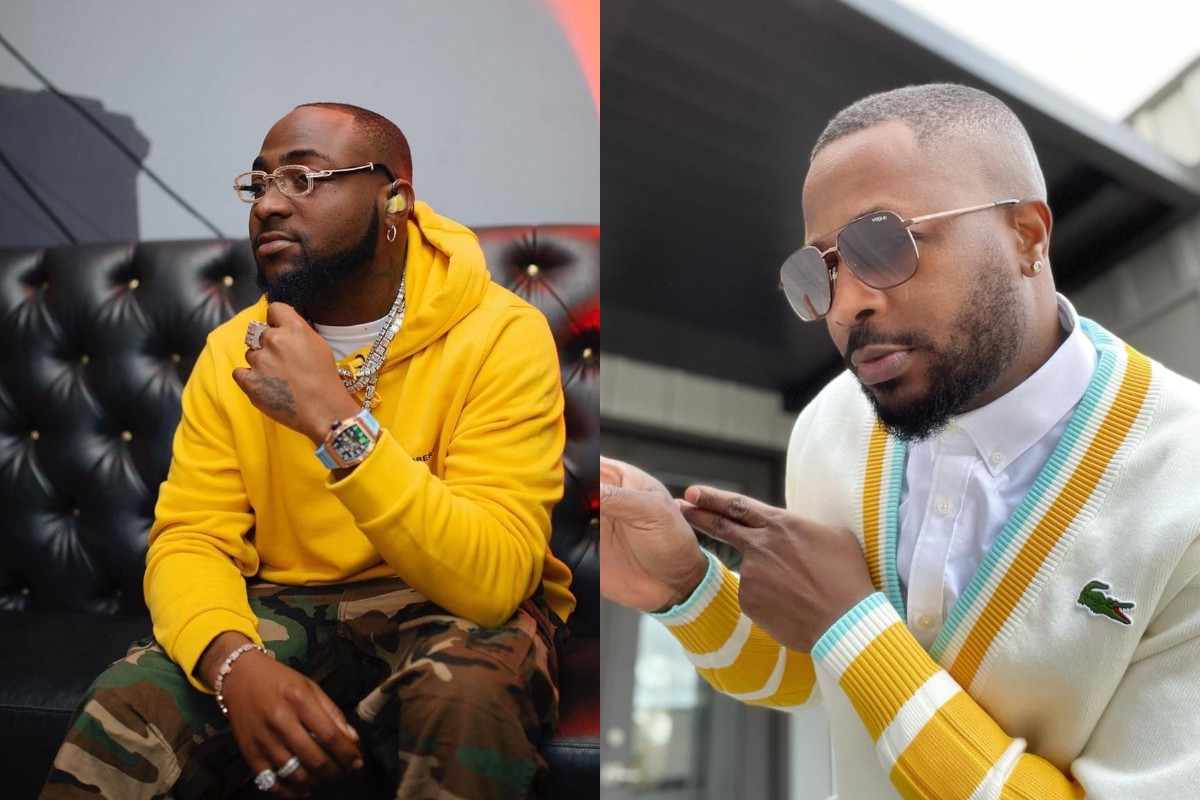 Popular social media influencer, Tunde Ednut has revealed how his celebrity status was dampened at an event upon the arrival of the music star, Davido.

According to him, people rushed to take photographs with him when he got to an event five minutes earlier.

Ednut noted that at that point, he felt on top of the world and was already seeing himself as the real deal.

But with the arrival of Davido, the dejected media personality stated that he looked like an orphan as the whole attention was diverted from him.
In an Instagram post, he said:

“That’s how I got to an event early one day. The people there knew me and I was taking pictures with them here and there.

“Anyways, that’s how Davido got to the event later, no one knew me again as soon as David entered. No one took pictures with me again. Everything changed.

“There’s levels to this thing. Celeb different from Cele. Hustle ooo. Somebody even stepped on my white shoe to get to Davido.

“It’s really not nice, thank God i got there early to do 5 Mins celeb.” 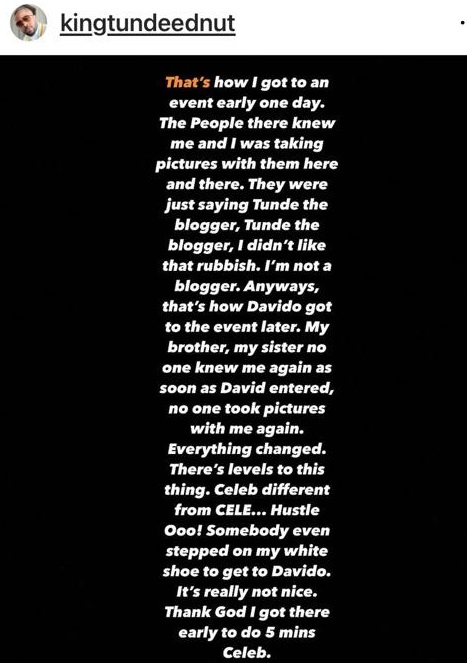 Stop obsessing over my love life, Actress Nkechi Blessing claps back at critics