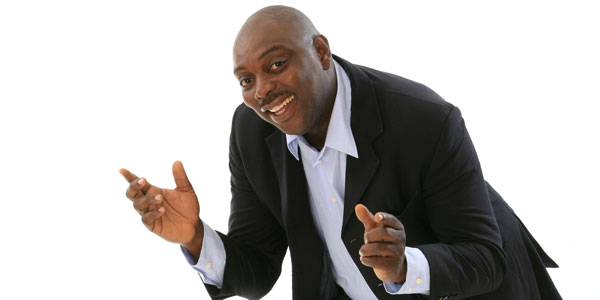 Popular Nollywood actor, Segun Arinze is not only known for his acting prowess but also his signature look, his bald head. In an exclusive chat with The Punch, the movie star revealed that his look was inspired by the late filmmaker, Chico Ejiro.

Arinze noted that he began to rock the bald look after he starred in 1996 classic movie, Silent Night, where his character was required to be bald.

“If I really want to grow my hair, I will but I feel comfortable like this. I do not need to comb it. All my kids have hair; if I want to shave my hair, I can. All I need to do is to keep it for about three months and it will grow.”

Chico Ejiro died on December 25, 2020, as a result of complications arising from High Blood Pressure. He will be buried on February 20, 2021.

While eulogising the late filmmaker, Arinze noted that Ejiro was a tool that ‘projected him to the world’.

“I miss Chico Ejiro’s attitude to life. He had so much energy and positivity. We lost a friend and it is so sad. It was like he came in a hurry to do all he wanted and then he left. It was like he was in a hurry to finish what he came to earth to do. He was very phenomenal in what he achieved in so short a time. When I heard the story of how he passed on, everything was in less than 15 minutes. What a man.

“I will not be here standing and talking as Segun Arinze, as Black Arrow because he was a tool that God used to make me who I am today. Not that I had not been acting or singing but to project me to the entire world, Chico Ejiro was the tool. Wherever he is, may God bless his soul and forgive his sins,” the actor said.

Eight things to know about the Supremes singer Mary Wilson