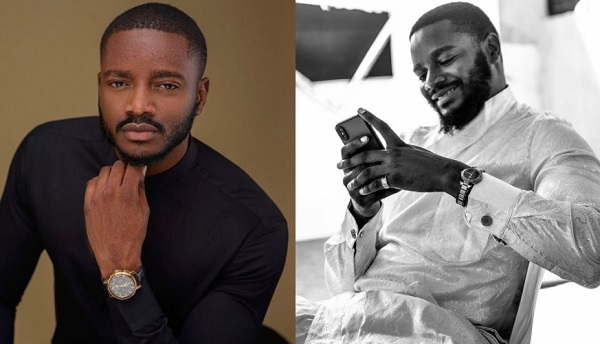 Reality TV star, Leo Dasilva has schooled the menfolk on the easiest way to identify when there is a curse on them.

Leo, in a tweet on Thursday, hilariously said a man who woos a lady but finds it difficult to afford her basic needs is probably cursed.

He said; “The easiest way to know that you might be cursed is when you’re chasing women and you don’t have any money.”

MORE READING!  JUST IN: Baba Ijesha tried to date me when we met in 2008 - Comedienne Princess

However, whether Leo’s assertion is appropriate or not, one thing stands clear, women will only chase after you when you have money says lyriscist Nas.

The man knew exactly what he was talking about; it is impossible for you to chase both at the same time and have it turn out exactly how you want it.

MORE READING!  #BBNaija: I plan on making all male housemates fall in love with me - Maria

It’s about having your focus on the right thing, your success, which will ultimately culminate in money and women — beautiful women. 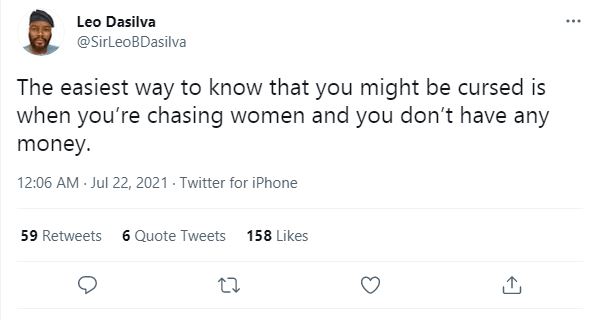