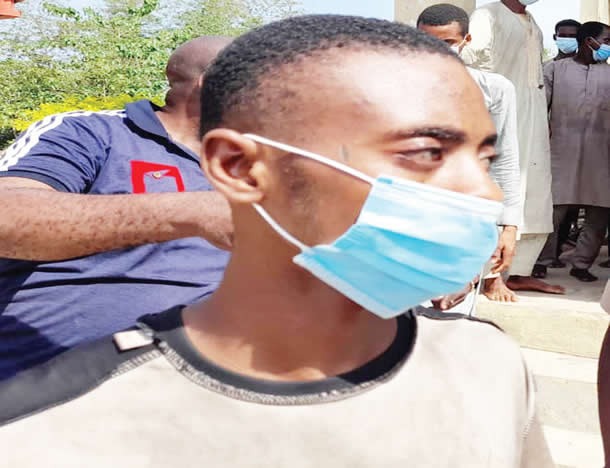 The police in Ondo have arrested a houseboy for allegedly killing his boss, one Febisola Adedayo, and carting away some of her belongings.

According to the police, the suspect, Emmanuel Ekpe, allegedly stole the deceased’s N3,500, two phones, jewellery and a generator.

Emmanuel was brought to work for Adedayo by his friend Goodness Akpan, who assured him that she was rich.

The Commissioner of Police, Bolaji Salami, who paraded the suspects at the police headquarters in Akure on Thursday, said Emmanuel killed his boss, a restaurateur in Ondo town, with a cutlass while she was sleeping.

After committing the act, the suspect and his friend fled to a village in Ogun State where they were apprehended.

“Both of them fled to a village in Ogun State but were trailed there by police detectives, who arrested them,” Salami stated.

Emmanuel claimed that Goodness convinced him to murder his boss in order to steal her property, but the latter denied the allegation.

The command also paraded 26 others arrested for various criminal activities across the 18 local government areas of the state.

They were alleged to have been involved in criminal activities such as murder, kidnapping, armed robbery, child stealing and assault on a police officer.

The CP said the suspects were arrested following tip-offs by members of the public.

Giving the breakdown, Salami said six suspects were nabbed for robbery, three for murder, 12 were for kidnapping, two for child stealing, while four persons were apprehended for assaulting a police officer on duty.

The CP also stated that the sum of N2.6m and pieces of ammunition were recovered from the suspects.

“My officers and men have maintained a high sense of professional competence and this has brought about the arrest and parade of the suspects,” the commissioner added.