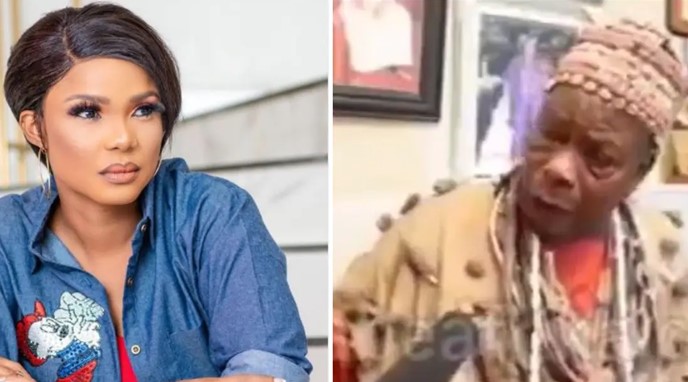 The herbalist who threatened that TikTok queen and Nollywood actress Iyabo Ojo will ‘suffer and die’ for her involvement in the Baba Ijesha saga, is reportedly dead.

The traditionalist had in a viral video, accused the movie star of waging a personal war against Baba Ijesha because “he didn’t settle her well.”

He also accused the entrepreneur of engaging in prostitution, citing her trips to Abuja.

However, in reaction, Iyabo Ojo had declared that his plots will not succeed. Quoting from the scriptures, the actress stated that all those plotting to bring all manner of evil against her or end her life are just wasting their time.

“Herbalist who Predicted that @iyaboojofespris will die has passed on today”

Iyabo Ojo who reacted to the news, said, “If God be for me, who can be against me? NO BODY”

Details of the herbalist’s death are yet to be fully known. 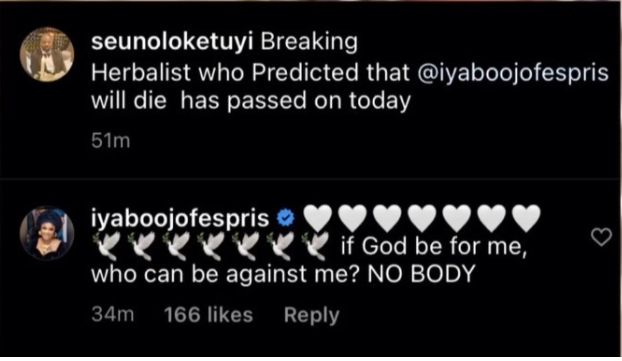