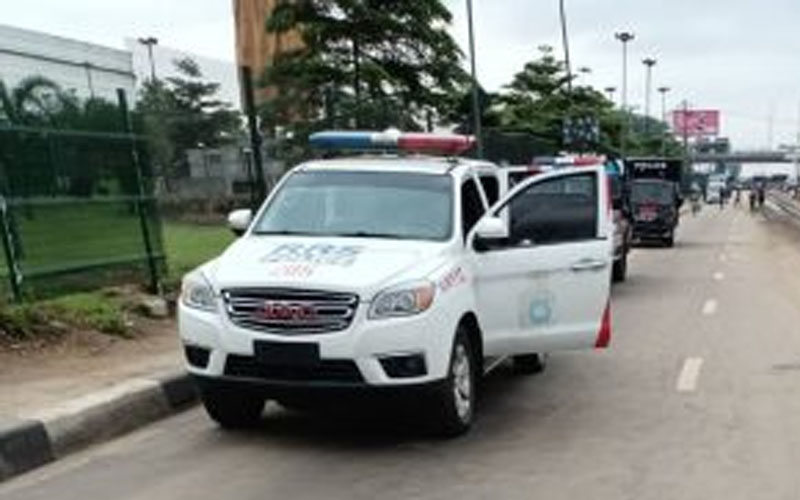 There is heavy security at the Gani Fawehinmi Freedom Park in the Ojota area of  Lagos State as Yoruba Nation agitators prepare for a rally.

WuzupNigeria had reported that the agitators held a rally at the park on July 3, 2021, despite repeated warnings by the police.

A 14-year-old was killed, several others were injured, while some others were arrested and detained by the Lagos State Police Command.

In a statement on Thursday, The command had vowed to stop the Yoruba Appraisal Forum, a non-government organisation, from holding a rally slated for today, Friday.

The Command said it would not “tolerate any act capable of causing a breakdown of the law and order in the state”.

It added, “The Command strongly warns against any rally or mass gathering in any part of Lagos State, as such will be tantamount to jeopardising the security system of the state at this moment and expose the participants of the proposed rally and innocent people of Lagos State to avoidable security infraction, traffic problem, health hazard and other social/economic vices.

“The Police and other security agencies in the state have been on red alert to prevent any unlawful rally and lawlessness in any part of the state, while parentS and guardians are urged to warn their children and wards not to involve themselves in any such activity which may portend danger to the state.”

Two cops sentenced to death for kidnapping in Akwa Ibom