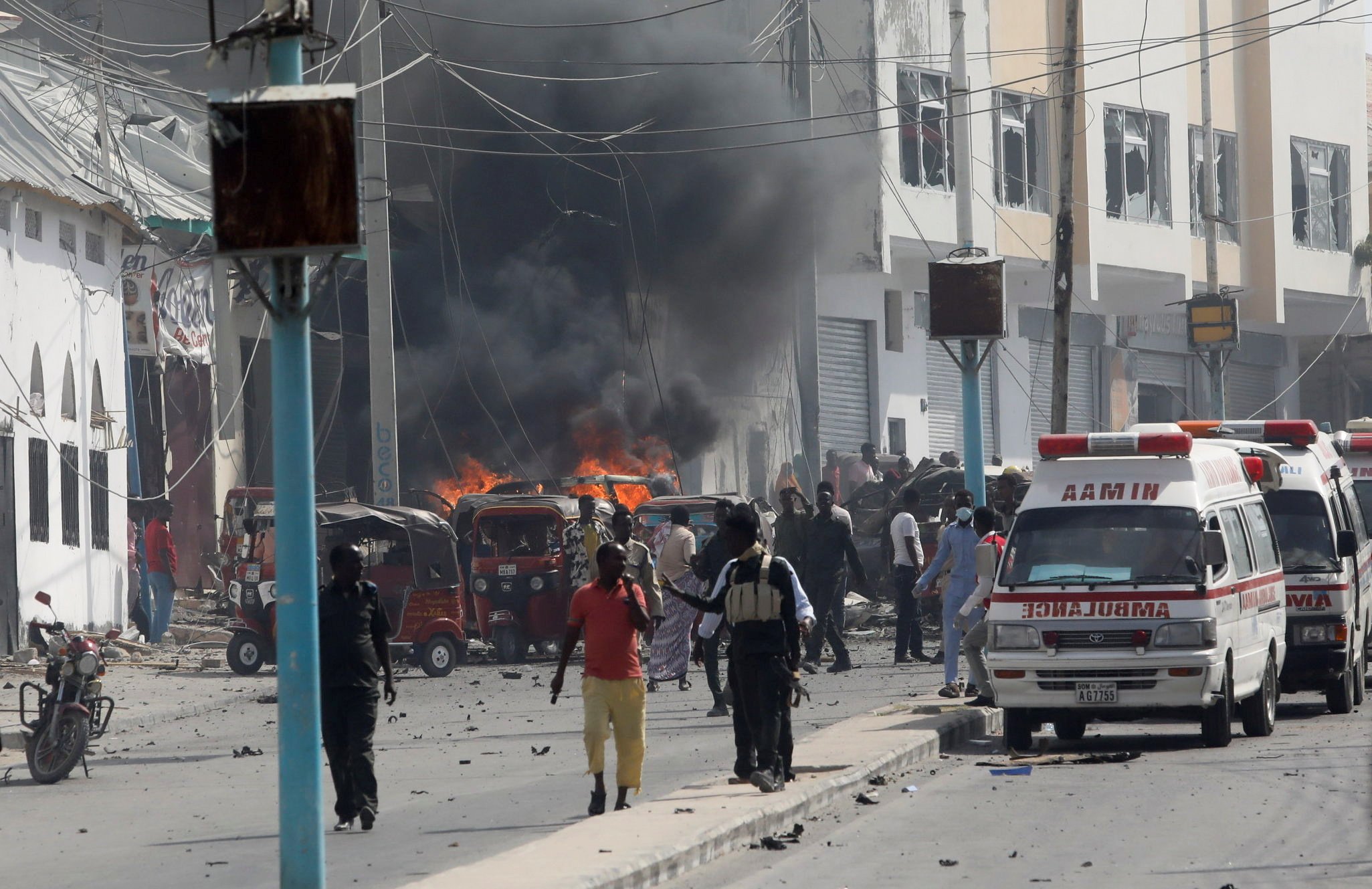 Gunfire and rockets exploded on Friday in Mogadishu as Somali government forces clashed with protesters angered by delayed elections.

The clash came hours after fighters loyal to the government and to the political opposition exchanged gunfire.

Reuters journalists nearby could hear intermittent gunfire as well as heavier explosions.

“Many forces heavily attacked us, I am now on my chest in an alley.

“This is a massacre,’’ protester Farah Omar told Reuters by phone.

The spillover of political rivalries into open conflict will dismay Somalia’s allies and play into the hands of the al Qaeda-linked al Shabaab insurgency, which mounts attacks on civilians around East Africa in its bid to install strict Islamic law.

Prominent opposition figure, Abdirahman Abdishakur Warsame Wadajir, had earlier posted a video of himself leading a small crowd of protesters into the street, in defiance of a government ban on demonstrations.

Hours before that, Somalia’s former president, Sheikh Sharif Sheikh Ahmed, accused government troops of attacking a hotel where he was staying with another former president ahead of Friday’s rally.

“Tonight, Farmajo attacked us with armoured vehicles; that is a dictatorship.

“He attacked us and residents at Maida hotel,’’ Ahmed tweeted after the attack, referring to President Mohammed.

“We ask all civilians to come out and respond.’’

“We repulsed and overpowered the militias,’’ Jimale said in an overnight statement.

Without mediation, the fighting has the potential to spread quickly.

Somalia has been riven by civil war since 1991 and both the government and opposition can call on heavily armed supporters.

Somali lawmakers were due to elect a new president on Feb. 8 but the process was delayed after the opposition accused the government of packing regional and national electoral boards with supporters.

Somalia’s opposition alliance has said that Mohammed’s term has expired and he is no longer president.

Mogadishu resident, Ahmed Aden, 44, told Reuters on Friday that he had to flee during the night’s gunbattles.

“Last night, we took our children and mattresses on our shoulders and fled before the war started,’’ he said.

“We returned at gunpoint.