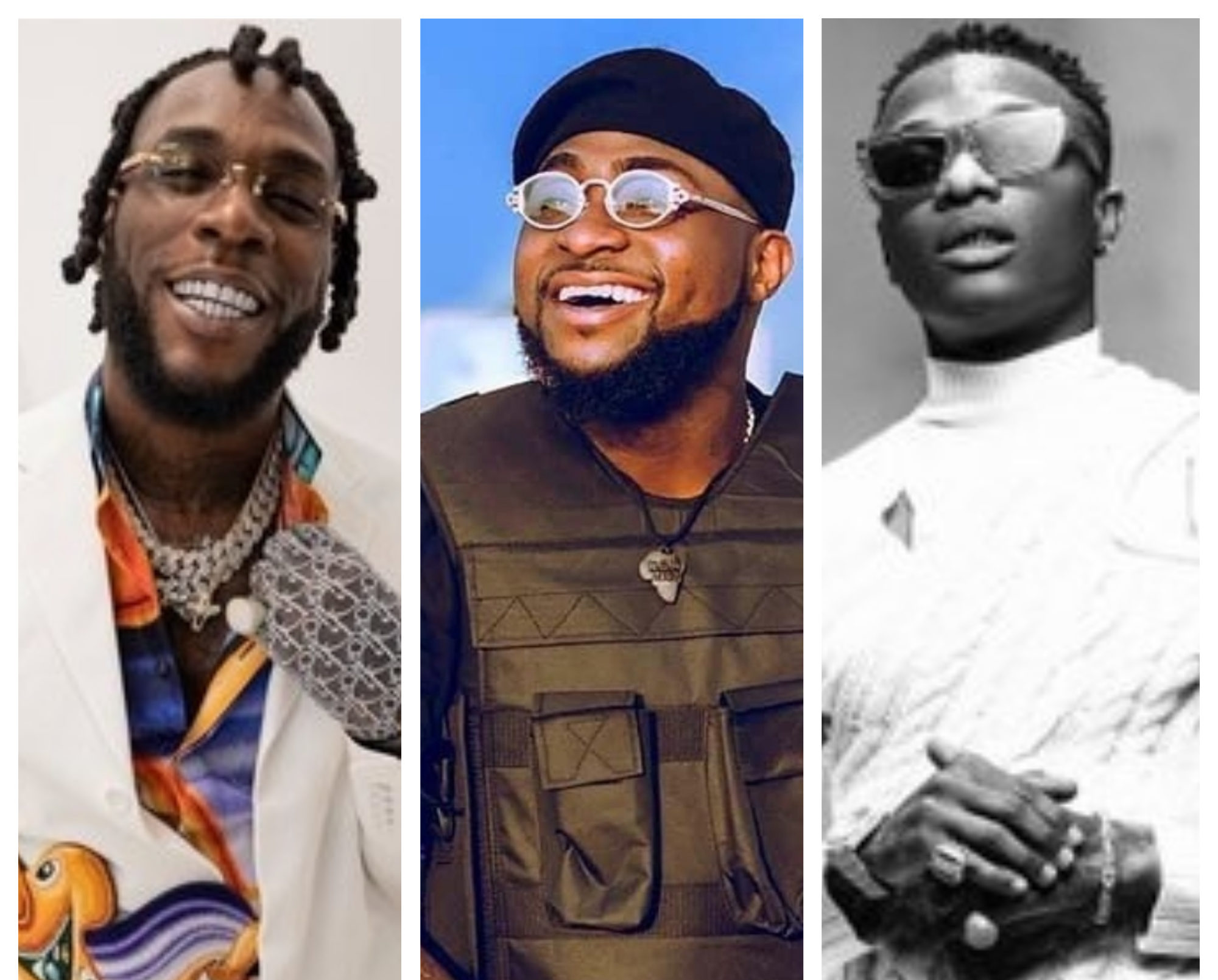 The 63rd Grammy Awards ceremony may be done and dusted but the debates about the award winners do not look like they will end soon.

Recall that there were controversies surrounding the award ceremony following the exclusion of famed singer-songwriter, The Weekend, who has since vowed never to be part of the Grammys ever again.

Aside from The Weekend’s eternal boycott of the most coveted music award on planet earth, Africans, especially Nigerians, had a lot to cheer about as African Giant, Burna Boy, and superstar Wizkid were amongst the award winners.

Davido on the other hand, though had no Grammys, made the news earlier as he made his movie debut in Eddie Murphy’s Coming 2 America II.

Arguably the three kings of Nigerian Music, Wiz, Burna, and Davido’s rivalry has been fuelled by the fans more than their respective achievements, including collaborations with international artists.

Widely referred to as Wizkid FC, Davido FC and Burna Boy FC (just for emphasis as the Twice As Tall singer’s fanbase do not have a name yet), these fans have taken to Twitter to throw shades at one another over Wizkid’s silence after about a week since he won the Grammys.

Burna Boy, last night, took to his verified Twitter handle to troll his haters for allegedly praying against his Grammy win.

“I will never forget how so many of you prayed that I don’t win. Too dumb to understand that you also win if I win. No worry. This is just the beginning. God is Great. God bless everyone/ anyone who has stood with me! Let’s keep making history,” he tweeted.

This tweet from the Grammy winner kicked the hornet’s nest, setting fans alight, including Wizkid FC who are expected to be tag-team with Burna’s fanbase owing to the relationship between the pair and their fallout with Davido.

He wrote, “Assuming Wizkid de tweet like Burna and Davido, this app no go contain us. And e de vex me say that guy de form Maturity Alaye we want violence!!!”

With fans already bringing the ‘The Best” singer into the debate, another user, @BenjaminEnfield teased Wizkid’s fans by saying the “Davido has way better music than wizkid” before throwing a direct jibe at his fanbase.  “Wizkid is dope his fans are weirdos,” he added.

One User, @ChumaNnoli hailed ‘Made In Lagos’ star – Wiz for his silence six days after his Grammy win with ‘Brown Skin Girl’.

“It’s surprising, but you just have to appreciate how Wizkid has not said a single word on Twitter about winning a Grammy, six days after the event. Apparently, Starboy knows his worth and targets in life so is not getting carried away by the context of this success,” she wrote.

Meanwhile, @Wet_Wizkid, on behalf of Wizkid FC said, “Burna boy should tell also tell his kids he got his first 1m streams with a song ft Wizkid, Wizkid helped him when Atlantic wasn’t there yet.”