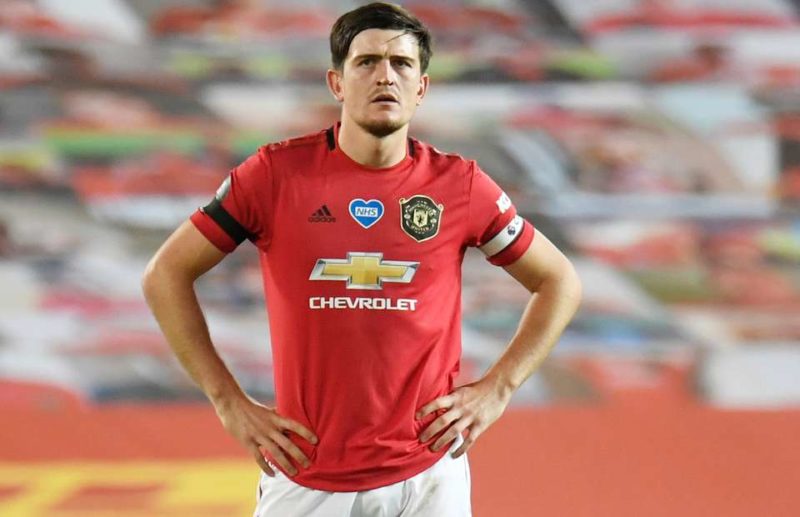 WuzupNigeria earlier reported the arrest and detainment of Manchester United captain Harry Maguire while he was holidaying in Greece.

New reports state that Harry Maguire risks being sentenced to a three-year jail term after he was involved in a bust-up with police officials while in Greece a few days back.

Reports from some quarters claim some random supporters of rival clubs taunted the England star, while others had it that he got angry after his sister, Daisy, was attacked with a sharp object.

The incident led to the defender’s arrest on Friday morning, August 21, before he was arraigned in court where he pleaded not guilty to a string of charges as prosecutors grilled him for nearly two hours.

It is believed the charges included accusations of “violence against officials, disobedience, bodily harm, insult and attempted bribery of an official.”

Photos of Maguire emerging from a Greek court showed him cutting a dejected face and a warning he could serve a three-year jail term.

MORE READING!  Ndidi could be out for three months, says Leicester's Rodgers

However, the United ace who has since reportedly flown to the UK could also beat jail life by paying £90,000 as fine.

United, through a club spokesperson, have since said they will not be making any further statements about the incident.

“Following the appearance in court today we note the adjournment of the case to allow the legal team to consider the case file,” a Man United spokesperson was quoted saying.

“Harry has pleaded not guilty. It would be inappropriate for the player or club to comment further while the legal process takes its course,” he added.

Mykonos police on detaining Harry Maguire: “The soccer player was verbally abusive to an officer and then hit him,” per @ReutersUK pic.twitter.com/prcRdpWuMN

Messi furious as details of talks with new manager leak