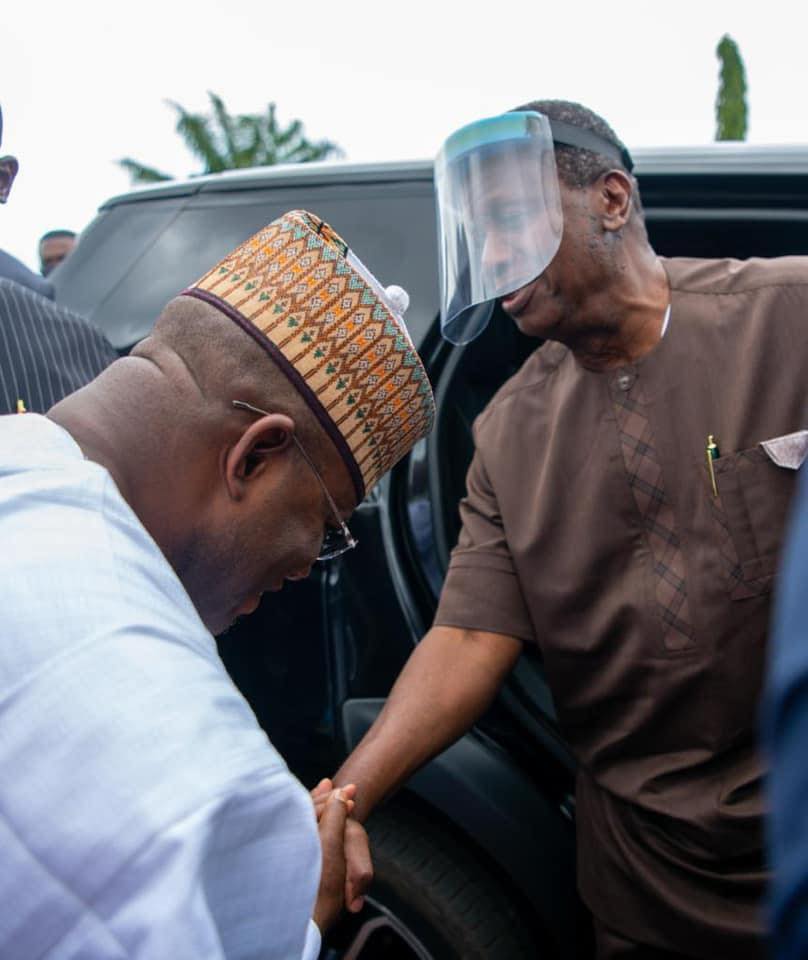 Pastor Enoch Adeboye, the General Overseer of the Redeem Christian Church of God (RCCG), has lauded the governance and leadership style of Governor Yahaya Bello of Kogi, describing him as a man of faith.

Speaking when he visited Bello on Saturday in Lokoja, Adeboye also commended the governor for his religious tolerance.

Adeboye said that the show of faith by Bello in handling the Coronavirus pandemic was a rare demonstration from a political leader.

“We have heard and seen your show of faith in God, particularly in dealing with the Coronavirus. It takes the man of faith to have acted the way you did and we are very, very pleased with you.

“We have also heard the news of how you have been relating to people of every faith to the extent that you built the first chapel in the Government House, Lokoja, we are delighted, sir.

Adeboye further assured the governor that he would continue to offer prayers for the leadership and people of the state at large.

In his response, Gov. Bello told Adeboye that the visit of clergy was a gift and he was delighted to be hosting a father figure who served as a role model to many across the country, himself inclusive.

Bello asserted that it was evil for any leader to continually do wrong without recourse to natural justice.

The governor noted that in Kogi State under his leadership and considering the circumstances surrounding his emergence as governor and his election for a second term, his resolve was to do good by providing credible and impacting governance.

He alluded that his administration’s strive to ensure ethnic, religious balance, fighting criminality and other modest achievements were only natural and mandatory obligations expected of leaders bequeathed with the people’s mandate.

Bello urged Adeboye to continue to pray for the country, the state, both leadership, and followership.

He stressed that all faiths at this very period should harmonize the nation, and called for divine intervention for the nation instead of beating the drums of division and war.

Related Topics:AdeboyeFeaturedYahaya Bello
Up Next