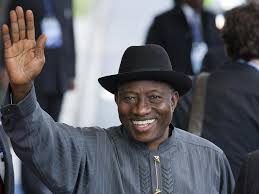 The private university which is affiliated with the Cavendish College London, Tanzania and Zambia, made the disclosure in a statement released on its verified Twitter handle.

“Welcome aboard @GEJonathan as you take over as the Chancellor of CUU. We look forward to this new era and achieving great things under your leadership.
The university began operation in 2008. Former Zambian President, late Kenneth Kaunda was the first Chancellor of the university,” the statement read.

Cavendish University Uganda which is ranked 20th best university in Uganda and 10593th in the world was established in 2008.

It held its first graduation ceremony in November 2011.

The university has different campus across the country including a campus in the capital city of Kampala.