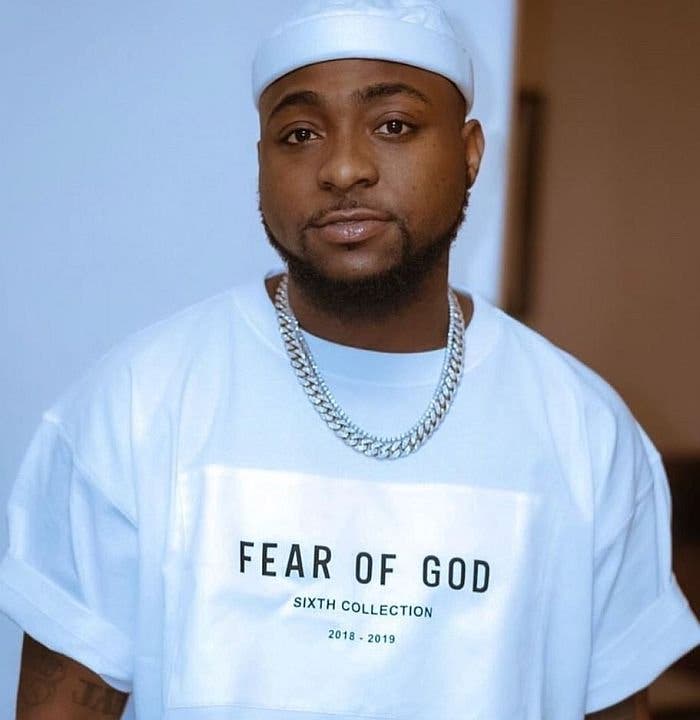 DMW artist, Peruzzi has had a go at Brymo on Twitter today after the release of Davido’s new album titled A Better Time.


Things were previously getting heated on the fringe as Wizkid fans trolled DMW boss, Davido yesterday by labelling his album which dropped today ‘trash’.

The 17-track album featuring the likes of Nas, Nicki Minaj and Chris Brown dropped approximately 15 days after Wizkid dropped his Made In Lagos album, which also received backlash from some fans, probably Davido’s and others.

Although Davido took the bold step to congratulate Wiz via Twitter, there has since been no reply form Star Boy ever since, not a single word.

Although it’s still not understood the root of the beef between both stars, Davido in a chat with Bolanale Olukunni on NdaniTV’s TheJuice4, labelled himself the biggest artist in Nigeria, further pointing directions towards the obvious cause of the rancour, which is likely powerplay.<

“I’m bigger than everybody, yes I am(biggest artist in Nigeria), Fact is there, it’s clear…In terms of everything, everything in this life,” he said.

Then came Brymo with a cryptic tweet suggesting that some artist steal headlines with power moves. He said: “Lol.. show up last quarter, pull a few power moves and declare big numbers… fuck this!!..”<

Fast-forward to the release of A Better Time- regardless of the fact that there was no prior beef between Davido and Brymo, the latter unmasked his cryptic tweet with a follow up that claimed his ‘Yellow’ album which dropped earlier in 2020 is the best out of Africa.

There could be no better way to link his tweet to Davido based on the time and context of the bombshell he dropped. Brymo tweeted: “Yellow is the best album out of Africa in 2020, others are most hyped!!”

Yellow is the best album out of africa in 2020, others are most hyped!!

Others Are What? Go wear shirt, cold dey catch you. https://t.co/Q5PRK1UhYF

Whilst we still wait for a response that may never come publicly from Brymo, Davido’s ‘So Crazy’ featuring Lil Baby still tops Apple Music’s most-played songs in Nigeria for the third consecutive day.

Related Topics:A Better TimeBrymoDavidoFeaturedperuzzi
Up Next

What the f*ck are you wearing, fans blast kiddwaya over outfit to Eko hotel with Erica