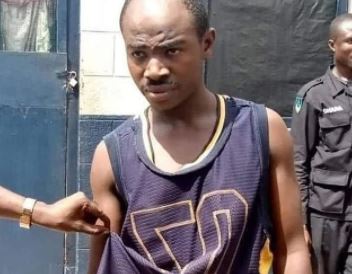 A Ghanaian woman who bit off the penis of an armed robber who demanded oral sex from her after has narrated the ordeal.

Justina Donker, 24, bit off the penis of Emmanuel Ankron, 23, after he entered her room at Abompey new site, a suburb of Obuasi.

Ankron drugged the woman who later woke up to find him aiming a cutlass and pistol at her after he had had sex with her.

Ankron who was stealing cash, a television and her mobile demanded that she perform oral sex on him.

Out of fear, she obliged but bit off his penis in the process.

The part of the penis that she bit off has been sent to the hospital for possible treatment.

A post shared by 👑Queen Afia Schwarzenegger👑 (@queenafiaschwarzenegger) on Nov 9, 2020 at 10:08pm PST