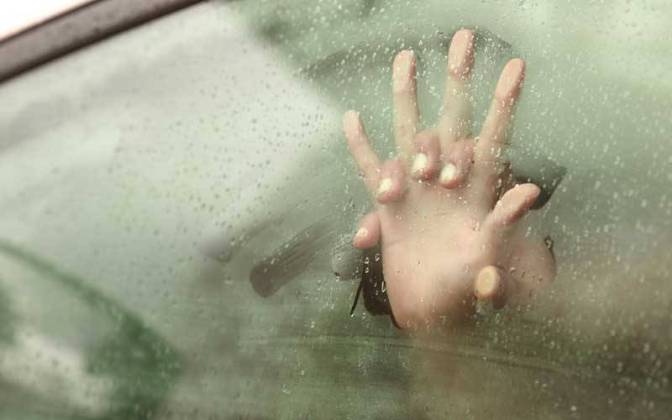 Four Ugandan police officers have been arrested for allegedly filming a couple making love in their vehicle along the highway and sharing the video on social media.

The Ugandan Monitor quoted the police spokesperson as saying the officers could have opened a case file of being a public nuisance against the couple instead of filming them and making fun of the entire scenario.

According to Enanga, the suspects worsened everything when they went ahead and shared the video of the couple on social media, which has since gone viral discrediting the image of Uganda Police Force.

In the video, the officers are heard forcing the couple that had hurriedly dressed up to undress as they filmed them. The officers also interrogated the woman who said she was in her 40s and mother of four while the man claimed he was 20 years old.

The officers castigated him for falling in love with an old woman. According to Enanga, the officers could have used the clip as evidence for prosecution instead of sharing it on social media.

“They have been charged with discreditable conduct. They should have arrested these people and charged them for being public nuisance, instead they went ahead to record them half-naked and shared the video on social media. That was on September 7, 2019,” Enanga said.

The suspects will face charges of discreditable conduct in Police Disciplinary Court.

Police said the couple was right to be angry and demand for police action against its officers because it was inappropriate.

Upon conviction, the quartet could be given severe reprimand which is accompanied with withholding half of their monthly salary for one to three months; they could be suspended or even be expelled from the police force.

One dies as bus rams into truck on Lagos-Ibadan expressway