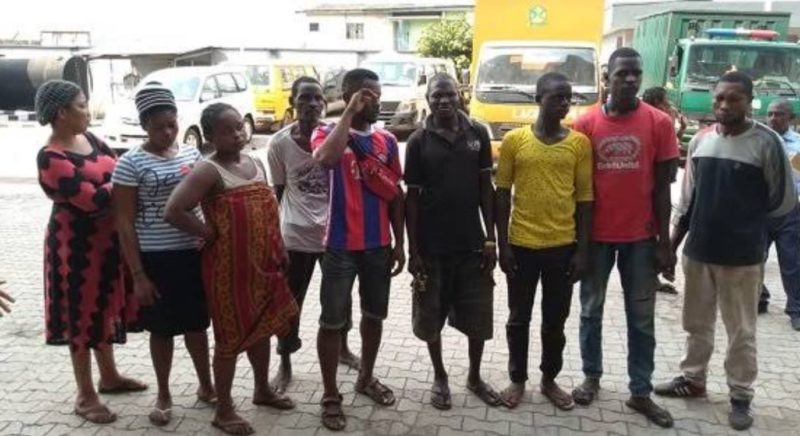 Nine person have been sentenced to a week in prison for dumping refuse indiscriminately.

The culprits were, however, given an option of a N5,000 fine.

They were arraigned before Chief Magistrate MA Ojo in Ogba on Thursday.

It was gathered that they were arrested during a joint exercise with officials of Lagos State Waste Management Authority (LAWMA) and later charged to court.

The suspects were said to have pleaded guilty to a charge of indiscriminate waste disposal in public places under the Environmental Management and Protection Law, 2017 and were sentenced after their pleas for leniency.

“The Magistrate ruled that the offenders be imprisoned for one week or pay a fine of ₦5,000. Seven out of the offenders fulfilled their conditions while the other defaulting two (Kabiru Aliyu and Aminu Lawal) were taken to prison,” said LAGESC spokesman Kehinde Adebayo.

According to him, the Corps Marshal CP Akinpelu Gbemisola (rtd) warned residents to desist from defacing the state as the agency would continue its clampdown on violators and impersonators.